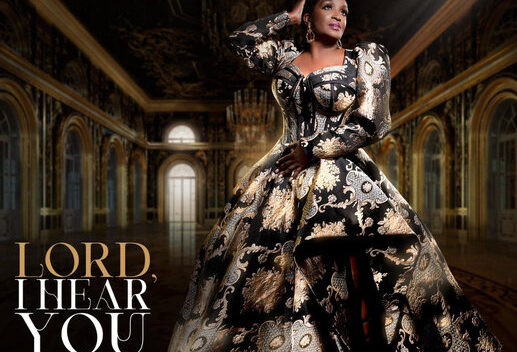 JULY 19, 2021 (Raleigh, North Carolina) —Known just as much for her bold sense of style as she is her singing, Lucinda Moore is back where she belongs, behind a microphone.

A native of Bridgeport, Connecticut, Lucinda Moore gained notoriety with her Top Ten hit single “Pressure Into Praise” under the historic Tyscot Records label. Since her major label debut, Moore has traveled the world, became a persevering entrepreneur, been the recipient of major awards and released Billboard topping albums and singles.

Moore, who made a huge fashion statement at this year’s Stellar Awards with a custom gold jump suit (styled by Teaira Blount), also made appearances throughout Gospel’s biggest weekend at various events, including Hezekiah Walker’s ChoirFest.

After coming out of a worldwide pandemic, Lucinda Moore is back with all things new; new look,  new sound and new label partner, as one of Gospel music’s favorite soprano’s has inked a distribution deal with New Day/SONY Orchard in, conjunction with her Nalah Music Group imprint. “I am so excited about signing with New Day and SONY Orchard. It has been awhile since I had a full project out and I am very appreciative of everyone who supported all of my previous projects. I can’t wait until everyone hears what we have been working on, New music, new everything,” said Moore.

Moore’s upcoming single, Lord, I Hear You, co-written by Moore and produced by Cedric Thompson, is a mid-tempo composition that is a somewhat of a different sound for Lucinda, but lands the same effect of her previous works, complete with awing production, solid BGV’s and jaw dropping vocals that Lucinda Moore is known for.

Lord, I Hear You will be available for streaming and digital download on Friday, August 20, 2021 on New Day/SONY Orchard.

Get Social with Lucinda Moore