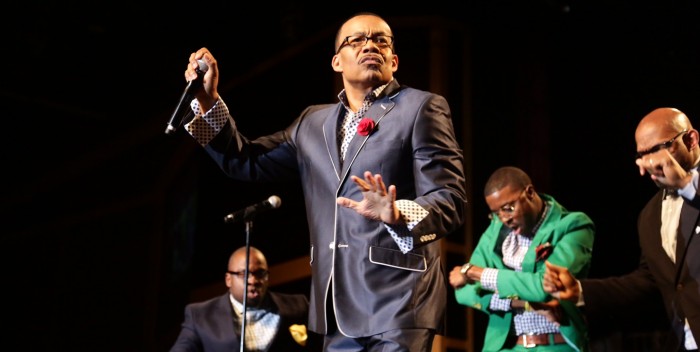 Aside from the McDonald’s Tour, Hunter has a number of concert listening events scheduled to promote the new project. One of the biggest will be a Friday, June 5th @7:00 PM release concert that takes place at The Church of Christian Compassion located at 6121 Cedar Avenue, Philadelphia, PA 19143.  Hunter and his choir Structure will perform “Forever, I Will” Monday, June 1st @ 9:00 AMon the “Good Day” television program on the City of Brotherly Love’s Fox Television affiliate Channel 29.

A Chicago native, Hunter began his career as a runway and print model but music was his first love. He was a soloist for the U.S. Air Force Jazz Band and a celebrated gospel choir conductor. He was well known for his work with the Voices of St. Mark Choir where he produced the radio hits “Even Me” (The Drip Drop Song),” “Let’s Dance” and “There’s Power In His Name.” He began his radio career with Chicago’s #1 gospel radio station WGCI.  Since 2007, Hunter has been a radio personality with Radio One where he currently hosts the nationally syndicated afternoon drive program “The Lonnie Hunter Show.” He serves as Pastor of Worship at Bethany Baptist Church, a 26,000-member church in Lindenwold, NJ. Earlier this year, Hunter launched the #GETITDONE apparel line of clothing for motivated people at www.lonniehuntermusic.com