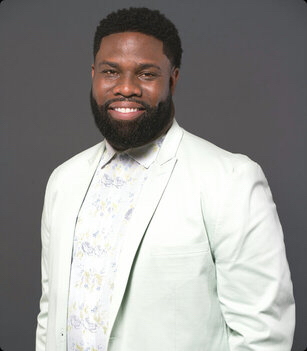 Navasota, TX (September 4, 2020) – James Mable, Jr is the latest artist to come of the Uncle G. Records roster, which currently boasts the #1 Gospel record on Billboard’s Gospel Airplay chart with Keyla Richardson’s smash hit song, So Good. However, Mable is no stranger to Billboard success, as his single I’m Free charted at #17 on Billboard’s Gospel Digital Sales chart in 2019.

Dr. Mable, who holds a doctoral degree in Educational Leadership, is a preacher, teacher and singer who comes from a Christian household where education was just as important as music. But his life and music career came to screeching halt when one afternoon on his way home from  class, James fell asleep at the wheel and got into an accident causing his jeep to flip seven times. The next year and a half was filled with struggle and determination as James continued to pursue his doctorate while paralyzed and confined to a wheelchair with seven permanent screws in his left foot. He had to learn how to walk all over again at the age of 27!

Since then, James Mable’s will and determination has transcended all of the pitfalls and transferred to his music. Set for release on September 18, his upcoming project showcases his distinct and anointed voice, as his current single It Shall Pass is an homage to his Texas roots, delivering that quartet-like sound, while Lord You Are Good is an upbeat contemporary juggernaut. Mable’s powerful tenor shines brightest on ballads like the Billboard charted I’m Free and the heartfelt All of My Life.

Pre-Order The Journey 2.0 HERE: https://ffm.to/thejourney20 and receive the upbeat track Lord You Are Good, immediately.

For booking and additional info: www.jamesmablejr.com