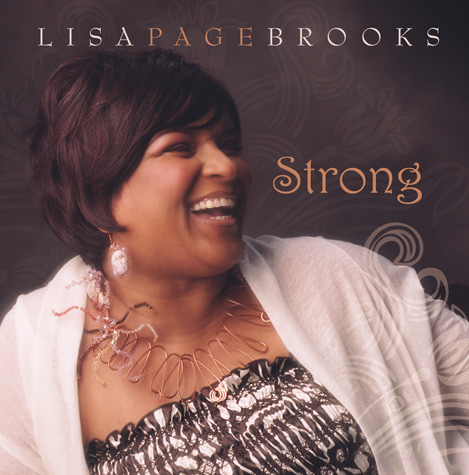 Lisa Page Brooks stepped on the scene almost twenty years ago with what many called the female version of the group Commissioned, the group “Witness”. Now on to her third solo album, Lisa is living life to the fullest and enjoying the success of her latest single “I Wanna Say Thank You” . Listen in as Lisa opens up about her latest album, the current state of gospel music, an upcoming “Witness” reunion and the “Incomplete” Commissioned reunion.

Root: You started out with the group Witness and now you are out on your own. Do you feel as though you are starting all over again?

Lisa Page Brooks: This is my third project, actually. I did my first project in 1997, my second in 2001 and now this is the third one in eight years and I am really excited about this particular project. Many people don’t know but the group Witness started in 1986 and I really loved singing with a group so initially it was an adjustment singing by myself. However, I quickly adjusted and now I love it!
Root: With this being your third project, do you feel like this is your most popular album to date as far as record sales, radio play and popularity?
Lisa Page Brooks: Yes! It’s really exciting because the single “I Wanna Say Thank You” is the #6 song at gospel radio. I am really excited about the airplay and the overall support at radio for embracing the single the way that they have.
Root: When Witness came out on the Detroit music scene in the 1980’s, you had The Winans, The Clark Sisters, The Bells and Commissioned. Was there a friendly competitive spirit amongst you and your peers in the industry?
Lisa Page Brooks: Everyone was kind of doing their own thing. We all would see eachother in passing and everone was trying to make it happen for themselves. I wouldn’t say it was competitive, however, industry wise it becomes competitive because of marketing and things of that nature. As far as Commissioned goes, my husband Michael Brooks who was in Commissioned at the time when we started Witness, helped launch the group Witness. commissioned was like our stepping stone and we were just excited because of our connection with Commissioned. We got the opportunity to open up for them at various concerts and do different things that other groups could not do because of our association.
Root: Do you plan on releasing a second single as a follow up to your Top Ten hit “I Wanna Say Thank You”?
Lisa Page Brooks: “I Wanna Say Thank You” is doing exceptionally well right now but I believe the next single will be “God is a good God”.
Root: That is my favorite song on the album!
Lisa Page Brooks: Thank You!
Root: What is the concept behind your album, “Strong”. Does it tell a particular story?
Lisa Page Brooks: The word “Strong” really defines where I am, where we are. It also explains God because the word says that “He will show himself strong on behalf of those whose hearts are perfect towards him” (2 Chronicles 16:9). So that one word describes the season that I am in and the music that we are presenting to the world.
Root: What do you feel about the current state of gospel music compared to when you started out 24 years ago with Witness?
Lisa Page Brooks: WOW. Well, I would say that the current state of gospel music is a slippery slope because I believe we have to be careful as to what we give to the world. We want to impact lives because we are singing gospel music and gospel music isn’t just “Everything is gonna be ok”, it is the Good News of Jesus Christ. There is hope, there is life, you can be free, delivered and not be bound. Yokes have to be destroyed! All of this should be in our songs and this should be the music that we give to souls. Everything that we give to people should give people hope and we really have to stay focused and make sure that we don’t get in a compromising position with our music. There has to be a difference because if everything is lumped into one pile, where is the difference?
Root: The group Commissioned did it a few years back. So everyone wants to know, Will there be a Witness reunion?
Lisa Page Brooks: Yes. There will be a Witness reunion concert at some point. We were actually looking to do it this year or Spring of next year. So there definitely will be a Witness reunion but it will be done the right way! I know people compare us to the Commissioned reunion but that was not done properly because they did not have everyone involved.
Root: Will you be releasing another solo project anytime soon?
Lisa Page Brooks: Probably Spring of next year so be on the look out for it…