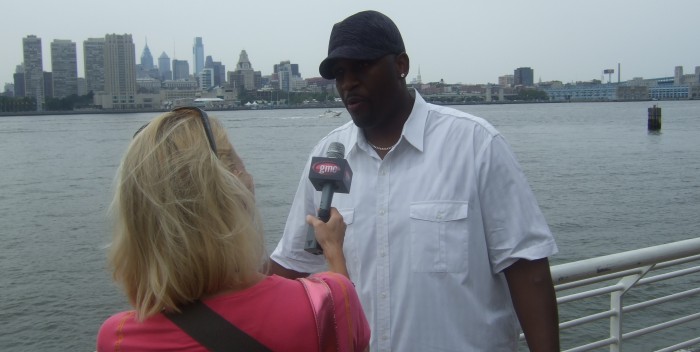 Camden, NJ- Camden, New Jersey is a small city in South Jersey just minutes away from Philadelphia and is notorious for crime ridden streets inclusive of murder and drugs. But on Saturday, August 21, 2010, the Camden Waterfront was known as a place of praise and peace as the Eternity Music Group presented its 1st Annual Stop The Violence Fest. Steve Bowen, President of Eternity Music Group, is a man with a vision who grew up in the mean streets of Camden and the event was his way of giving back. “As a kid, I used to sell drugs to my friends in this same community so when I found God and got into a position to make a change, I made a vow to give back”, Bowen said.

The event lasted over eight hours with performances by Bubby Fann, Prayz1, Clarence Singleton, Zak Williams & 1/Akord, Love Fellowship Tabernacle Choir, Kenny Mayo & God’s Praiez, Craig Hayes & United Voices, Lonnie Hunter, Vashawn Mitchell, Eternity Music Group’s artists; Janicka Newbill and Anton Milton and Glorified. The Belle Report’s, Sheilah Belle was the host of the event along with Praise 103.9 radio personality, Desi. Gospel Super Star, Tye Tribbett made a special guest appearance in his hometown of Camden as well. All in all the event was blessed and God was indeed glorified. Comcast and Gospel Music Channel were majority sponsors of the event as clips of the show can be seen on GMC in the coming weeks.