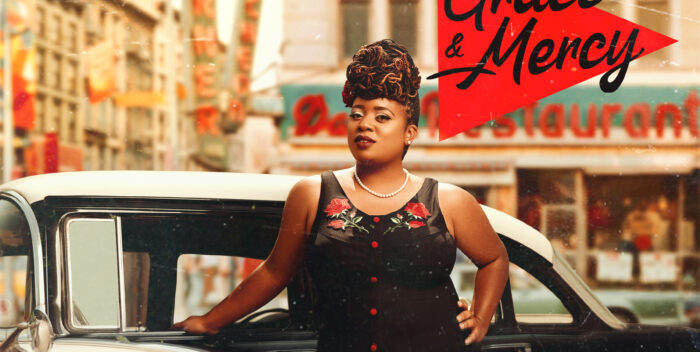 New Jersey, (January 21, 2022) –  Ashle Renee releases her new single Grace & Mercy. Ashle  is known for her timeless voice and retro looks. Her new single Grace & Mercy is a classic yet groovy mix of joy, lyrics and sounds. The song is a reminder of God’s goodness and no matter how lost we feel or what our past has been, God is always with you and has it under control.

When asked about the meaning behind the new single Grace & Mercy , Ashle responded, “ We don’t have to feel guilt or shame…He knew our mistakes before we made them. For those that believe we’ve been promised new life and the power to overcome!”

Grace & Mercy will be accompanied by a music video premiering today at 8PM EST  that will bring to life the ideas and vision of the new single.

Ashle Renee brings a down-to-earth, diverse, and international approach to Gospel music. At an early age, Ashle began playing the piano then later singing in church. The church is where she learned to use her gift of song to communicate the love of Christ to the World.

Ashle has released four projects thus far. Two singles “ I Am” in 2016 and “Saved by Grace” in 2017. Followed up by her debut EP “Transcend” in 2019 which featured the powerful ballad titled “Jesus” and the Caribbean vibes of “Majestic”.

In 2021 “Same God” was released offering multi-cultural musical sounds to the body of believers. Earning accolades such as: “Avidity Award for Best Album Artwork”, “Nomination from Black Christian Influencers (BCI) for Vocalist of the Year”, and the “Kindred Award for Urban Contemporary Artist of the Year”.

Ashle is showing no signs of slowing down as she releases her third radio single “Grace & Mercy“, accompanied by her very first music video.

To connect with Ashle Renee, visit: