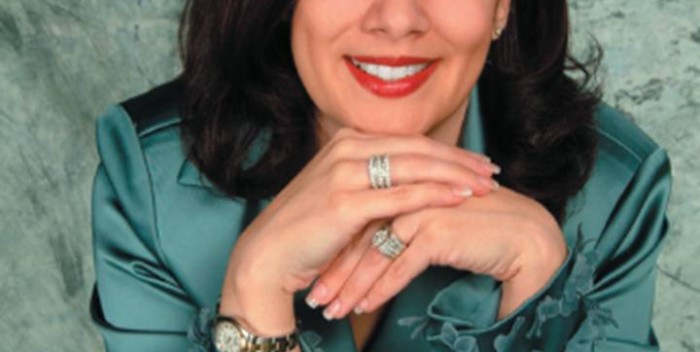 The song “Never Would Have Made It” was a song that was birthed out of hurt and pain due to the death of Marvin Sapp’s father. However, the song would have never made it to the airwaves had it not been for Malinda Sapp. Malinda was Marvin’s manager for many years and was one of the people responsible for taking his career to the next level. Today, Malinda Sapp lost her battle with Colon Cancer after a short re-emergence of the disease. Her husband, Platinum selling gospel artist, Marvin Sapp was on his way to Houston for Verizon’s “How Sweet The Sound” Choir Competition when he found out and was devastated. One thing is for sure, Marvin Sapp loved his wife and kids and he let it be known every chance he got. In an interview with Root Magazine for the April/May edition, here is what Marvin Sapp had to say regarding his wife and kids:

Root: How do you balance the difficult task of being a Husband, Father, Singer and Pastor?

Marvin Sapp: It’s not difficult. To be honest with you it’s all about prioritizing what’s most important. I’m a husband and a father first. Those are my first priorities because there aint no sense in me winning the world and losing my family. Then, I’m a pastor and a recording artist. All of the other things like being a Restaurant Owner, Real Estate owner and Author, flow after that. So it’s not about juggling or balancing, it’s all about prioritizing what’s most important. To me, family is everything. I’m on the road but I already called my wife two or three times, called my children and told them good night for the evening. Tomorrow I will text my kids and tell them that I love them. My kids follow me on Twitter, which is funny and it’s a consistent love relationship. When you make sure that your family understands that they are the most important part of your life, they allow you to do the other things that you do because they understand that if they call, I will drop everything at the drop of a hat, get on a plane and see about them!

Please keep Marvin Sapp, his family and especially his three young children in your prayers during this most difficult time. Funeral Information will follow in the coming days.