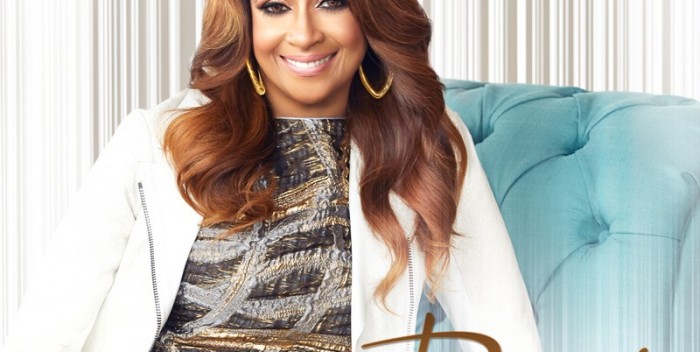 “#LIVING IT” IS A POWERFUL SONIC TESTIMONY OF HOPE, FAITH & RESTORATION

Current Single, “Bless This House”, Is Top-20 and Growing at Gospel Radio

Dorinda Clark-Cole has built an iconic career in ministry and music, two areas that have been a fabric of her life since she was a young girl. After enduring as many trials as she has celebrated triumphs, Dorinda is walking into her fifth full-length solo album with renewed grace and faith-fueled confidence built by enduring seemingly insurmountable odds.

Her fifth solo album overall, #LIVING IT is her second release on Light Records and picks up where her last project – 2011’s “I Survived” – left off. “Since my last album so many things happened in my life that really brought me to a place of living firsthand the faith that I have sang, talked and preached about all my life,” she says. “After almost losing my house to foreclosure once and then to a fire a second time, and seeing God restore and recover everything in my life, I can really say that I am living it – the ‘it’ being true faith, true dependence on God, true deliverance, true peace.”  #LIVING IT will be released February 17, three days prior to the premiere of Oxygen’s “Preacher’s of Detroit” that will feature Dorinda.

On #LIVING IT, the legendary evangelist and singer – who has won three Grammy® Awards and six Stellar Gospel Music Awards – soars to new creative and thematic heights. Still, she holds firm to her signature style that is delightfully soaring and expressive, and epitomizes the Gospel music canon.

“In the Dark” is a fresh, brisk track with a subtle yet intense exchange between a synthesizer and drum pattern.  There’s a double entendre with darkness for Dorinda; experiencing darkness can really be a path to hope.  “Everyone thinks the dark is a bad place, but it’s not,” she declares. “It can be a place where God renews you, where God restores you.”

The title track “Living It,” co-written by Dorinda, Courtney Harrell, Shanika Deshun Bereal, and Rick Robinson, is a beautiful ballad stripped down to simply vocals and piano chords as Dorinda’s flawless vocals are delivered with intensity and gratitude.  Birthed during Dorinda’s inaugural writer’s colony experience in 2013, “Living It” is one of her favorites –  particularly because of the lyrics: I thought I’d seen it all before/Heard it all before/But somehow this feels brand new/Feels like life is closing every door/I’m left here wanting more/And I’m praying this is you…

“The words of the song actually bring you into a special place with God,” she says.  “It’s just me and God. He’s walking with me, like in the poem “Footprints in the Sand,” he’s taking me on this journey by myself. He tells me ‘I’ve been always with you, and I will never leave you’. To know that, now I am actually living it.”

On #LIVING IT, Dorinda Clark-Cole delivers songs that offer an unforgettable message of hope, faith and prayer. She says: “I am a living witness that no matter how bleak the situation looks, God can give us grace again. Life itself is a sign that tomorrow is going to be better. Ask God to increase your faith to hold on.  Pray a little longer and pray a little stronger because we can do nothing without prayer.”

“My world is finally coming to where I need it to be. I feel comfortable about my career and excited about the journey I am on now.”
#LIVING IT will be released on Light Records/eOne Music February 17, three days prior to the February 20 premiere of Oxygen’s “Preacher’s of Detroit” on which Dorinda Clark-Cole is featured.