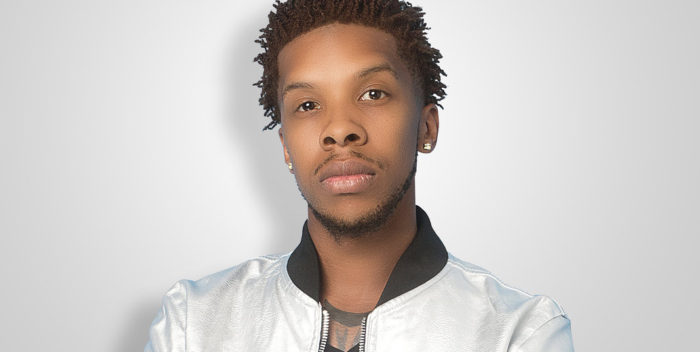 Beverly Crawford is no stranger to the Gospel Music Industry. With a career spanning over three decades, recording number one hit’s “He’s Done Enough’” and “It’s About Time for a Miracle”. In comparison to how Gospel Music Legend Bobby Jones recruited Beverly in 1982 for the New Life Singers, The Queen of Praise Breaks has taken Lavelle under her wing aiding him through the Gospel Music circuit.

Aaron Lavelle is an Actor and Singer with a sultry four-octave range reminiscent to Al Jarreau. His style of singing consists of Jazz, Blues and Gospel Music. Last year Lavelle released a concept single ‘Ain’t No God Like the One I Got’ introducing a new sound ‘Gospel Funk’ to the arena which garnered 13k views on YouTube.

He is now prepping for the debut release of his EP entitled “Hallelujah” available January 19, 2018 on digital outlets (Apple Music, Google Play, Amazon). The new Praise and Worship track ‘Hallelujah’ is an acoustic driven and mid-tempo record with uplifting lyrics and powerhouse vocals. Produced by Dove Award Winner Jeremy James (Sammie, Q Parker) contains the new single “Hallelujah” Extended Version, Radio Edit and Performance Track in addition to concept single/visual ‘Ain’t No God Like the One I Got’.

Last fall Lavelle debuted as an Actor in the Broadway Musical Dreamgirls playing the role of James ‘Thunder’ Early in his hometown of Orlando, FL.

Check out the debut single from the EP ‘Hallelujah’ performed by Aaron Lavelle available January 19, 2018.

Aaron Lavelle is a recent Graduate of Seminole State College attaining his Associates in Science degree in Digital Media. He is currently seeking his second degree in Marketing and Entrepreneurship. Lavelle attends LiVe Church Orlando under the tutelage of Pastor Tye and Shante Tribbett. For more information on Aaron Lavelle follow on social media.