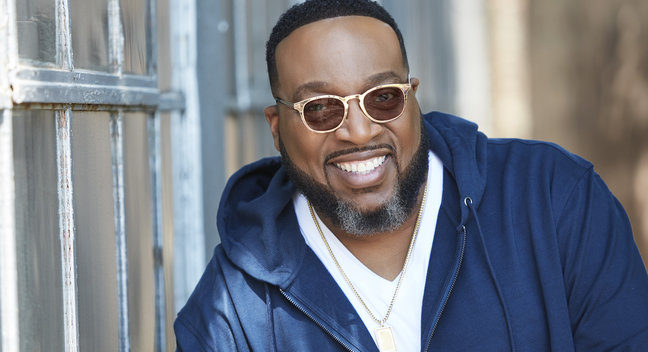 April 17, 2018 – Nominations for the 2018 Billboard Music Awards were announced today, and Marvin Sapp – who began his singing career nearly 30 years ago – is among this year’s nominees. Sapp’s 11th album, titled Close, is nominated in the Top Gospel Album category, making this his third Billboard Music Award nomination.

While Sapp has been singing for almost 30 years, his impeccable vocal stylings and masterful creativity represent a timeless relevance that keeps him on the short list of current Gospel superstars. The singer says: “I am amazed at how God has allowed me to remain musically relevant for nearly three decades. This nomination is a huge honor for me, and I am grateful.”

Close debuted #1 on Billboard’s Top Gospel Album’s chart, and was Sapp’s 5th consecutive #1 debut. The album features production from longtime collaborator Aaron Lindsey and first-time production collaborations with Rodney Jerkins and Kirk Franklin.  Sapp has said the overall theme of this album is to help people rethink tough situations. “When we go through difficult times, it is not because of God forsaking us. He uses life challenges to ensure we are prepared for what He is about to walk us into. I want to encourage people. You’re closer now than ever before.”

Marvin Sapp is the senior pastor of Lighthouse Full Life Center, with locations in Grand Rapids and Muskegon, Michigan. He is Metropolitan Bishop within the Global United Fellowship, under the leadership of Presiding Bishop Neil C. Ellis, where he oversees more than 100 churches in 19 states. An internationally renowned singer, Sapp is the recipient of two BET Awards and 24 Stellar Gospel Music Awards, and numerous award nominations. Sapp recently partnered with Superadio Networks to launch the nationally syndicated Marvin Sapp Radio Show.

The 2018 Billboard Music Awards will commemorate 60 years of Billboard Charts. The show will broadcast live from the MGM Grand Garden Arena in Las Vegas on Sunday, May 20, at 8 p.m. ET/5 p.m. PT. The three-hour event — produced by dick clark productions – will air on NBC for the first time this year.