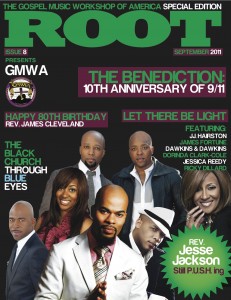 The city of Tampa, Florida was taken over last week by the Gospel Music Workshop of America and is said to have brought in an astounding $4 million to the city courtesy of thousands of airline flights, train tickets, restaurant patronage, hotel lodging, shopping and car rentals. 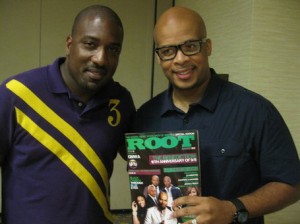 There was something to do from sun up to sundown from classes to youth choir rehearsals to nightly concerts taking place in three different venues; there was something for all age groups. The “Tribute to the King” was an interactive stroll down memory lane which had attendees jumping out of their seats singing some of Cleveland’s classics. Right across the street was a Gospel Hip-Hop Youth Explosion presented by Professor Craig Hayes and the Youth Dept. of GMWA, Vicki Mack Lataillade and GAG, featuring Jai, This’l, Pro, Sho Baraka, Tedashii, Andy Mineo, Trip Lee and Lecrae. This type of showcase was new to GMWA but was indeed a great addition to the conference, as it brought more diversity and a different culture of people who would not normally attend.

Check out the video here: http://www.youtube.com/watch?v=9C1-c9mX6vs

“Uncommon Me” was also a buzz around town as Isaac Carree of John P. Kee, Kirk Franklin and Men of Standard fame, had an intimate listening party of his debut album, with about 50 media, radio, industry executives and gospel music enthusiasts. The event, hosted by Carree’s mentor, Kirk Franklin, was a showcase of the highly anticipated project that was released on August 23rd and is sure to be a top seller.

The Gospel Announcer’s Guild (GAG) headed by Al Hobbs was another highlight that featured a showcase of many up and coming artists, in addition to newcomers like Preashea Hilliard, who performed her hit single “Fresh Fire”. The James Cleveland Tribute Concert that took place on Wednesday was heavily anticipated with a lineup that featured: Le”Andria Johnson, Myron Butler, Jessica Reedy, Dorinda Clark- Cole, James Fortune & FIYA, Rance Allen Group, James Hall & Voices of Citadel (who tore the house down) and Kirk Franklin, who went down memory lane with songs, “Melodies from Heaven”, “Joy”, “Now Behold the Lamb”, “Something About the Name Jesus”, “Imagine Me” and his new single “Smile”. This particular concert ended at around 3am but it was well worth a little bit of sleep. Did I mention while this concert was going on, the Youth were having a concert of their own at the Waterside Marriott across the street featuring VaShawn Mitchell and Maurette Brown- Clark? Yep, GMWA does it big! 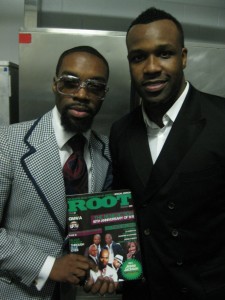 The 2nd Annual Crystal Mic Awards took place on Thursday, August 18th in the Grand Ballroom of the Waterside Marriott and yours truly (Root) was nominated but lost to the one and only Sheilah Belle of The Belle Report! I must say I had a lot of nervous energy leading up to my category (Print or Internet Media of the Year) but I was pleasantly surprised and happy that it was the first category. Other winners include: Khalif Townes (Urban Roundup) for E-Blaster of the Year, Dorinda Clark- Cole (Cooking Up Soul with Dorinda Clark- Cole) for Radio Show of the Year, BET’s Sunday Best for TV Show of the Year, Yes Lord Radio for Internet Radio Station of the Year, Janet Ramrez for Radio Announcer of the Year and WREJ 1540 AM for Radio Station of the Year. The event was hosted by the very funny, Jawn Murray and the very cool, VaShawn Mitchell; with occasional co-hosting duties by Al Hobbs in between smoke breaks (lol). 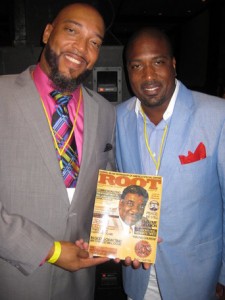 See you next year as GMWA heads to Nashville, TN in July 2012!