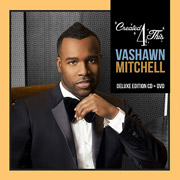 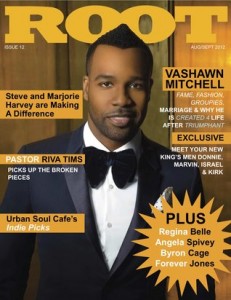 Vashawn Mitchell will have a busy month of August, as the gospel star has already graced the cover of Root Magazine’s (yeah that’s us) August/September edition and is also set to release the follow-up to the smash hit album, “Triumphant.”

The new project is entitled “Created 4 This” and features the likes of Israel Houghton, Fantasia and Diane Barrino and others. The Grammy Award nominee, Billboard Gospel Artist of the Year recipient and Six Time Stellar Award winner, has already had a busy year, as he has been working on several projects and executive producing new albums for Tasha Cobbs and Anthony Brown and Group Therapy.  In addition, Mitchell got a street named in his honor in his home town of Harvey, Illinois earlier this year.

The powerful, testimonial follow up to “Nobody Greater” is the first single from “Created 4 This” entitled “Turning Around For Me” and it is already climbing up the charts. “This song is my personal testimony because I have done a lot of traveling over the past couple of years and sometimes you get so busy doing the work of the Lord, that you forget about the Lord. So one day God revealed something to me and he basically said: When you put me first again in your life  then things will turn around for me.” 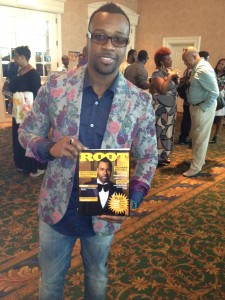 Vashawn Mitchell gets ROOTED at GMWA!

Check out Vashawn Mitchell along with Charles Jenkins and Hezekiah Walker, Sunday, August 5th at Central Park Summer Stage and also pick up the new album from Vashawn Mitchell, Created 4 This, EVERYWHERE on August 28th!