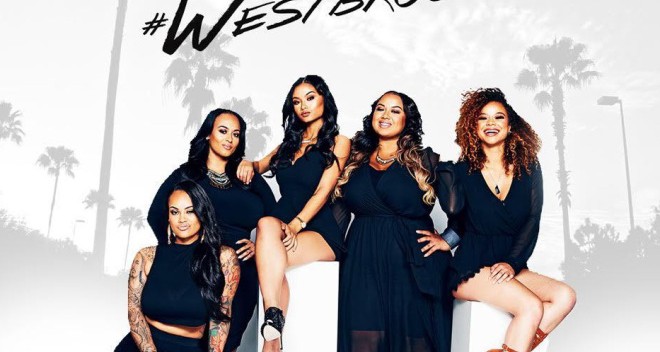 BET NETWORKS WILL #BREAKTHEINTERNET WITH THE PREMIERE OF ITS NEW ORIGINAL DOCU-SERIES #THEWESTBROOKS PREMIERING WEDNESDAY, OCTOBER 14 AT 10 PM ET/PT

Join The Conversation on Social Media By Using The Hashtag #TheWestBrooks

(NEW YORK) – October 6, 2015 – BET Networks announced today the premiere date of its new original one-hour docu-series #THEWESTBROOKS! The WestBrooks, also known as “The First Family of Social Media”, features five beautiful, yet entirely unique sisters: India, Crystal, Bree, Morgan and Brooke, who have taken the social media world by storm with more than two million followers checking their every move. We go behind the tweets and posts to follow the insta-famous family as they work to establish the “WestBrooks Brand,” while doing all that they can to keep their tight-knit family intact in the midst of newfound fame and celebrity.

India (@indialove) is the pampered princess of the family. Most known for her rumored associations with multiple Hip Hop A-listers, this burgeoning model/fashionista stays busy juggling business meetings with posting endless selfies to her active social media accounts.
Crystal (@westbrooks.crystal) is the free-spirited, peace-loving, hippy of the family.  A college finance major by day, Crystal has aspirations of conquering the modeling and acting worlds with her signature smile.
Morgan (@mommyistattedd) is her Dad’s protégé and the tough-as-nails tattooed biker girl with a business mind and a fuse you don’t want to ignite.  Whether it’s riding with her bike club or running multiple businesses, the “Boss Lady” gives 100% to everything she does, including defending her sisters.
Bree (@breecandace) is the temperamental middle child of the group. She’s a mother of one with a budding plus-size modeling imprint on social media which focuses on the beauty of women with curves.
Brooke (@shes_brookelauren) is the big sister and heart of the WestBrooks family.  This grounded mother of three is fiercely protective of her sisters as she makes plans to rule the fitness and fashion worlds with a focus on under-appreciated plus-size women.
While the WestBrooks women receive the majority of the attention, their parents Warren andCandy are far from behind-the-scenes. And while each family member has an individual purpose and passion, it is their familial bond and love that keeps them grounded.  “Family is not an important thing, it’s everything.”

Join the conversation on social media by using the hashtag #TheWestBrooks.

About BET Networks
BET Networks, a subsidiary of Viacom Inc. (NASDAQ: VIA, VIAB), is the nation’s leading provider of quality entertainment, music, news and public affairs television programming for the African-American audience. The primary BET channel reaches more than 90 million households and can be seen in the United States, Canada, the Caribbean, the United Kingdom and sub-Saharan Africa. BET is the dominant African-American consumer brand with a diverse group of business extensions: BET.com, a leading Internet destination for Black entertainment, music, culture, and news; CENTRIC, a 24-hour entertainment network targeting the 25- to 54-year-old African-American audience; BET Digital Network – BET Gospel, attractive alternative for cutting-edge entertainment tastes; BET Home Entertainment, a collection of BET-branded offerings for the home environment including DVDs and video-on-demand; BET Event Productions, a full-scale event management and production company with festivals and live events spanning the globe; BET Mobile, which provides ringtones, games and video content for wireless devices; and BET International, which operates BET in the United Kingdom and oversees the extension of BET network programming for global distribution