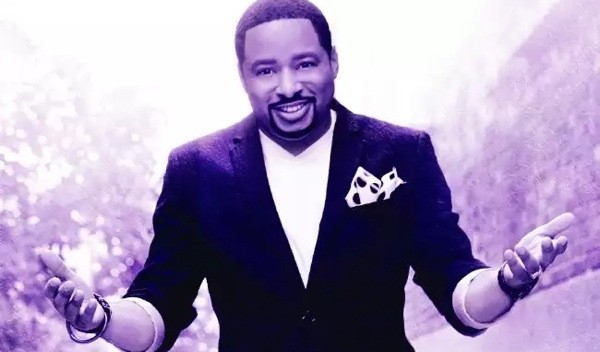 Smokie Norful comes to us with his his first project in 5 years entitled “FOREVER YOUR”; it sounds like a love letter. It is exactly that – it is Smokie Norful’s ultimate love letter to God and as with all classic love letters, it is an unabashed outpouring of his feelings thoughts and affections towards God. It is a musical composition of all styles and sentiments from Smokie’s heart shared with you. It has been 5 years since Smokie’s last full length new album and while it has been a long journey for Norful, FOREVER YOURS points to his grateful and love-filled heart.

TORIN DEREK: I see that you are releasing your first major project in 5 years. Why did you wait this long to release your next project?

SMOKIE NORFUL: I get that question asked all of the time. I didn’t even think about that while I was in the process of putting this project together. Literally, when I stepped off of the stage from doing “Smokie Norful LIVE”, which is my last major release; I immediately went into a mode of trying to prepare for what this project would become. So I’ve been working on this project for 5 years. Not to say it’s taken me that long to finish a few songs, but I have over 30 songs that we’ve completed. It was worth every bit of it. We were able to pull and crop out. All of them were exceptional. I went back and worked with Derek Allen who actually recorded and produced “I Need You Now” with the addition of co-writing most of my first CD. Also, I went back to work with Tony Dixon. The first time I ever went into the studio with him, we were both young. He produced my first two songs from “I Need You Now” the CD. I just took my time and worked with some new producers as well. It was very important to me to just slow down and take my time. I didn’t let anything or anyone push me to throw something out right quick. I am very glad that I did. It was worth the wait and an enjoyable experience.

TORIN DEREK: How did you decide which direction you would go for this album?

SMOKIE NORFUL: That’s the crazy thing, it went in every direction. I’ve turned many corners in this 5 year process. It started off as a “Love” CD. I have a “ballads” voice and everyone wants to keep me stuck to ballads. I was going to go ahead to do these songs full of love ballads for your families, your loves ones and to God who is love. That was my original intent. It changed, then it changed again and then it changed again; then it was a complete Pop CD and then it changed again. It was so many musical directions that it took. The lyrical content, I don’t care what I’m doing or singing it has to be music that edifies God, blesses His people and inspire them to better life; that never shifted or changed. What did change were the musical directions. We finally found a middle ground. It’s still eclectic and it has a little bit for everybody. It defiantly has a definitive direction.

TORIN DEREK: In choosing the direction you would go for this album, how did you choose the producers you wanted to work with to convey what you wanted do for this project?

SMOKIE NORFUL: I went back to the beginning. “I Need You Now” was just a great a CD for me. It was a phenomenal ridiculously awesome season in my life that I appreciate so much. The people that contributed to positioning me for that season, I absolutely want them to be apart. I went back to those two producers, Tony Dixon and Derek Allen. I also chose some people that I really wanted to work with, the incomparable Warryn Campbell, the very accomplished and extraordinarily gifted Aaron Lindsey who is also the A&R on this project with Motown Gospel. I had the opportunity to work with and to gain a relationship with them. Then there were Elvis and a few others. The people at Capitol before it was bought by Universal, they reached out and asked if I wanted to write with them; they wanted to try their hand in Gospel. They are all “churchy,” everyone I’ve named all have their roots and foundation even though they are accomplished on the Secular and Gospel side of music. They get it. They get the marriage of the “two worlds.” They get how I wanted to have a universal sound and a dynamic message. They understood what I was trying to do and where I was going. It was a joy to work with all of them. That’s the key. I have enjoyed working with a lot of different people, but they haven’t produced what I needed. I enjoy working with them, but the fruit is not necessarily there. This is the best of both worlds.

TORIN DEREK: When you did “I Need You Now,” how did feel once that song gained its notoriety?

SMOKIE NORFUL: Desperation… First of all, I didn’t know that the song would gain any notoriety. I literally wrote it as a prayer for myself. It was out of desperation. GOD I NEED YOU NOW! I’m glad that everybody else grabbed it and used for themselves, but it really wasn’t written with anybody else in mind other than myself and my family. We were gripped with sickness on every side. As a result, my wife was said to never have children, my father just had open heart surgery, my mother was paralyzed on her whole right and said she would never me asymmetrical again; all of this was within nine months to a year worth of time. Finally frustration and anxiety became overwhelming. That’s what made me write the song “I Need You Now”

TORIN DEREK: You’re a Pastor and a Recording Artist, how do you juggle the two schedules and personas?

SMOKIE NORFUL: I’m still trying to work out the schedule. The two personas are easy, because I am the same person with the same assignment and anointing. It doesn’t matter what I am doing. That’s called integrity. Scheduling, you have to have a good team. I have people around me that get it and that helps me to get it. The whole team is phenomenal. My wife holds it down at the home to make sure the house has lights, hot water and gas. She makes sure the kids are fed and continue to look like me but sound like God. That’s a big portion because it takes a lot of pressure and stress off of me. At the church my assistant is incredible. She really manages 5 different areas of my life and she does it masterfully. My team with my record label TreMyles Music works in concert with Motown Gospel. That’s the real deal, building people around you.

TORIN DEREK: What memories do you have about the Hopeville tour?

SMOKIE NORFUL: Wow… That was a long time ago. That tour was something I will never forget. I learned so much during that time. Yolanda, Kirk and Donnie took me under their wings as their little brother even until today. Hopeville was a great experience.