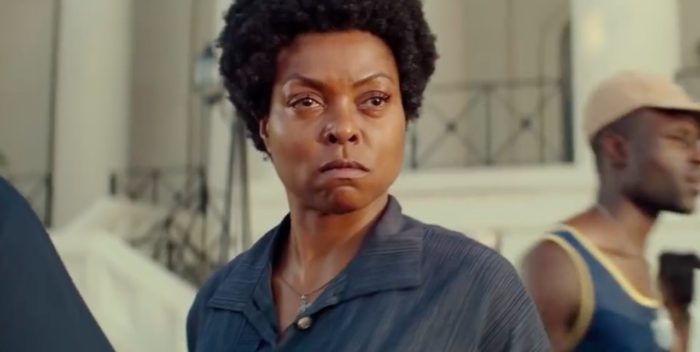 Every so often there comes a movie that not only keeps you at the edge of your seat, but also causes you to think. Well here we are again, ” The Best of Enemies,” starring Taraji P Henson and Sam Rockwell, hit theaters across the country on April 5th. The film is actually based on a true story and depicts the life of an unlikely bond between Ann Atwater, a Civil Rights Activist, who is not afraid of her voice to be heard for the cause and a former KKK Leader C.P. Ellis, during a time in which the United States of America was fueled by segregation in the deep south.

Brought together through a community summit, Atwater and Ellis’ relationship took a turn that changed not only their lives, but the lives of the people of Durham NC.

Root Magazine had a chance to catch up with Civil Rights Activist Bill Riddick, who is portrayed by Babou Ceesay. Bill was actually called in to moderate the community summit and some could say it was he who saved the town of Durham. Mr. Riddick explained how tough it was at the time trying to bring together two strong headed beings into a room to be able to have dialogue and find a solution. Mr. Riddick went on to say, “It was the hardest thing I ever had to face in his life and I had to lean on God to get me through the work I had to do with the KKK and Civil Rights Activists.” Mr. Riddick hopes that this movie will cause everyone to do some self examination because even in 2019, there are matters going on in this country that try and seprate us. “In 1971 it was purely about race and we were able to deal with that head on, but now everyone has a dislike and it’s almost worse- now it’s class, race, gender, religion.”

All of these things still plague us today, but hopefully seeing this movie will help to change mankind just a little bit more. The Best of Enemies is a must see.