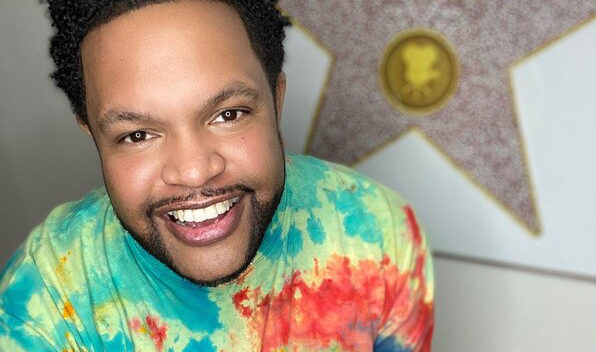 Washington, DC – October 6, 2020 – Television Host & Pop Culture Commentator Jawn Murray is the first on-camera talent featured on TMZ’s new video podcast franchise, “Piece of the Pie,” hosted by Loren Lorosa.  The series showcases amazingly talented people of color and dives into the lack of opportunities they have faced on their journeys. On “Piece of the Pie’s” third episode, Murray specifically addresses the lack of opportunities for Black male hosts.

“I really thought this time of racial reckoning in Hollywood would break down new barriers for Black talent in this business, especially men. But the sad reality is that it hasn’t. I’m glad I was able to talk about the obstacles Black men face in this business in a way that was more of a call to action and still embodied optimism with Loren.

I respect TMZ for launching a series like this to bring light to this the plight of creatives of color and the challenges we face based on race alone,” said Murray. The nearly eight-minute video interview is available now on:

TMZ also showcases Murray’s hosting talent reel in the feature story about the podcast on their site as well. ### ABOUT Jawn Murray: Jawn Murray is a quick-witted TV Host and Pop Culture Expert. He has hosted specials for Travel Channel, NFL Network and EPIX. In 2014 while co-hosting “The View,” the show’s creator Barbara Walters turned to him on live TV and expressed: “I like your way with words!” Jawn has also been featured on “The Wendy Williams Show,” “The Meredith Vieira Show,” CNN, HLN and MSNBC; among other networks.  A former on-air personality on the nationally syndicated Tom Joyner Morning Show, Jawn was named by the NAACP as one of “40 Power Players Under 40” and named by Ebony magazine as one of the “30 on the Rise” to watch in the entertainment industry.