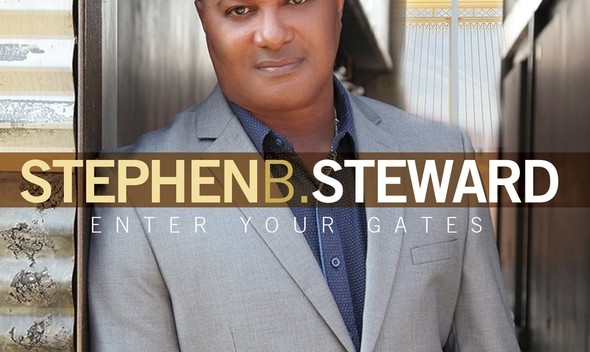 Los Angeles (May 28) New artist Stephen B. Steward has earned his first Top Ten with the release of his debut album, ENTER YOUR GATES entering at #10 on theBillboard Top Gospel Albums Chart this week. This impressive debut marks the highest first week chart position for a new male solo gospel artist this year to date and first top ten for their independent label GS Records LLC with distribution via Central South Distribution. Marketing and publicity efforts powered by The J. Hardy Agency.

Lauded my music critics across the country, ENTER YOUR GATES has received stellar reviews. The Huffington Post states, “His [Stephen] unconventional, faith-driven tenacity can be felt throughout the entire album.” Examiner’s Sarah L. Hearn states, “Steward delivers songs on “Enter Your Gates” that create an environment ripe for the manifestation of the presence of God. Those looking for more of the same, sometimes cookie-cutter music experience won’t find it here.”

Stephen B. Steward’s second commercial single – the emotionally driven “Purify My Soul” is quickly gaining traction at Gospel radio peaking at #46 on Billboard’s Hot Gospel Songs Chart this week. “I am humbled to be a part of what God is doing while sharing the gospel through my music. To God be the glory” states Stephen. “It’s been a long, tough journey, I am happy to see our hard work payoff”adds Stephen’s wife Onesha Steward.

Stephen B. Steward has a full summer planned that includes an upcoming east coast promotional tour hitting markets such as New York, Philadelphia, Baltimore, Washington, DC among others.