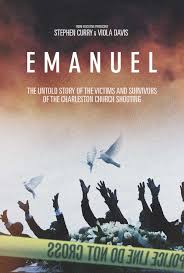 On this very day four years ago, a white supremacist walked into a bible study where the congregation welcomed him with open arms. Moments later, nine members of Emanuel African Methodist Episcopal Church were killed senselessly.

Film maker, Brian Ivie, talks about the inspiration behind the documentary, Emanuel, in theaters June 17 and June 19.

Root: What surprised you the most during the process of doing this documentary?

Brian Ivie: On a personal level, I think I was surprised by how much the families trusted me and how they embraced me as a human being. They cooked dinner for my crew and had me in their homes. They treated me with the kind of love that I saw them show in the wake of the shooting and the love was consistent. It’s like as a documentarian, how close do you really get to the people you’re trying to tell the story about? I think I was also surprised by how their faith wasn’t destroyed by this extremist. It was actually fortified and strengthened, which was really encouraging to me because even in the moments when you’re really tested, you figure out what you actually believe and I think for them there is a sense that they were going to come out of this better, which was really inspiring.

Root: As a filmmaker there are many stories you could’ve told. Why did you want to tell this story in particular?

Brian Ivie: In all actuality, I didn’t want to tell this story at first. I really felt like I was not the right person to tell this story for a variety reasons. It was a Jonah thing where I ran from this story until God refused to let me run anymore, and I think that was part of the story behind the story. I was actually on my honeymoon when I heard about the shooting and I was standing on the balcony with my bible and I walked back into my room and my wife was crying at the kitchen table and she was watching the video on her laptop and I was like,“Are you okay”? She looked up at me and said,”Nine people just got shot in their bible study” and I just didn’t know how to process that information.

It was like my worst possible moment collided with my best possible moment. I’m on my honeymoon and it’s a beautiful day and then this happens and that’s real life. Then my wife looked at me and says,“You don’t understand, the family members are forgiving the murderer”!  And she turned the computer around and I watched the families speak words that didn’t belong in that hearing and it was a very stunning for me to see. I think that’s the moment where I really believed that the story needed to be told by someone, and I remember saying to my wife,“You know, I hope whoever tells this story doesn’t skip that part”. I didn’t know it would eventually be me.

Root: Even in watching the documentary, the emotion was so raw. How hard was it for them to relive the situation?

Brian Ivie: I waited an entire year before I went to Charleston. So from the time I heard about the shooting until I actually went there, we didn’t start filming for another year after that. We didn’t start filming for two years, which was a minimum amount of time, considering the situation. Even then it was complicated, but the difference was that the story was defined by this courageous act of mercy that I think really changed the narrative in both positive and negative ways. That’s why I wanted to investigate it because I felt like they had something to offer, people who are grieving through violence in many forms.  Though the interview process was still painful, there was a sense that they were still healing and that they had words that could heal others.

Root: Why is the film only in theaters on two distinct days?

Brian Ivie: June 17 was the day the horrific event happened and June 19 was the day that the family went to court and chose to forgive Dylan Roof for killing their loved ones.

Emanuel will be in theaters for two days only: June 17 and June 19 in select theaters.