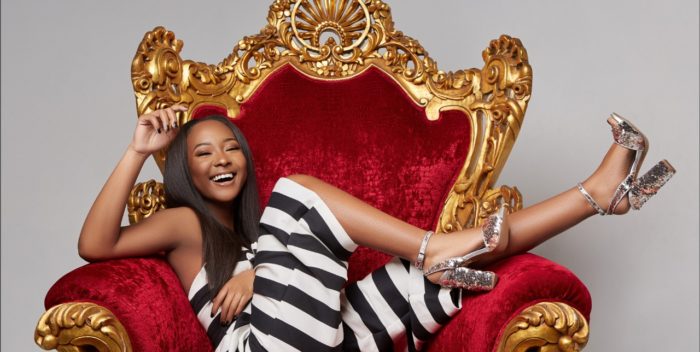 Still Got the Power!

The highly anticipated fifth season of Power airs tomorrow night (July 1, 2018) and it will unravel everything that left us hanging last season. One thing that didn’t leave us hanging was the untimely death of The St. Patrick’s daughter, Raina, played by actress Donshea Hopkins. A surprise that not only shocked her, but fans alike.

We got a chance to chop it up with Donshea about the POWER of knowing who you are and much more.

Root: Why do you think the power of knowing who you are is very critical when you’re in the entertainment industry?

Donshea: I think it’s critical because you can get lost. People will tell you who you should be and if you know who you are from the start and you stay true to yourself, you will remain consistent throughout your career. Having an open mind and a good team around you is a plus also.

Root: How has your upbringing played a role in who you are and who you’re becoming?

Donshea: Being from Brooklyn, you just learn not to care. I’m very carefree and I don’t let people’s words affect me. New Yorkers are rude, so you develop tough skin and just learn to take it!

Root: What is your ultimate goal in life?

Donshea: My ultimate goal in life is to be successful, be happy, and to have longevity in whatever I continue to do.

Root: What is your super power?

Donshea: I think I’m a witch, but like a good witch. I have very good intuition and if I’m randomly thinking about someone, they will randomly call or text me. It’s the weirdest thing ever. Even when I get really mad, I notice the lights start flickering. I’ve also been in situations where I can see a lot of things before they happen.

Root: What are 3 things you can’t live without?

Donshea: I can’t live without books, chocolate and family.

Root: How do you balance school life, social life and work life?

Donshea: The realization that other people don’t have the same opportunities, drives me to keep moving forward. I cherish everything that I have. As quick as you get it, is as fast as you can lose it.

Root: How did you land your big break as the character Raina on the hit TV series, Power?

Donshea: My mom knew three months before she told me because they were working things out contractually. Since it was a new show, there was a lot of stuff to discuss before they secured the deal. My agent told my manager and my manager told my mom. Then they told me and I was running around the house screaming like a maniac. It was an awesome moment!

Root: What would you rather: Money, Power or Respect?

Root: What was your initial reaction when you got word that your character was being killed off of Power?

Donshea: I was completely devastated!

Root: Who are your three favorite women of power who have inspired?

Donshea: I would have to say Beyoncé, Gloria Steinem and Shonda Rhimes. All three of these women inspire me because they go against the grain and I love that! They have opinions they feel strongly about and they don’t tone themselves down for other people. They just go for it!

Root:  What is something about you that the world doesn’t know?