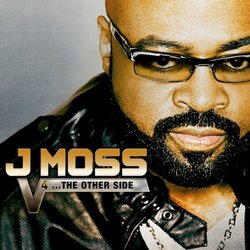 Album: V4… The Other Side

Three years after the classic album (in my book), “Just James”, J. Moss is back with V4… The Other Side. As “Just James” was more of a personal diary of songs, V4 is more gritty and edgy, yet vulnerable. In true PAJAM fashion, the set starts with a blazing track entitled “God’s Got It” and there are more tracks of this caliber like: “Imma Do It”, “Keep Ya Head Up” and “Good and Bad” Club Remix.

Other stand out tracks include “Good Day” featuring first and second cousins, Karen Clark- Sheard and Kierra Sheard and the praise and worship ballad, “Holy Is Your Word.” J. Moss (along with Paul Allen and Walter Kearney) is mostly known for being one of the most prolific songwriter’s and producers in the industry and has written and produced classic songs for the likes of Karen Clark- Sheard, Hezekiah Walker, Kelly Price, Byron Cage, Kierra Sheard, Virtue, Destiny’s Child, N’Sync and many more. However, we must understand that J. Moss’ voice is a force to be reckoned with…I mean after all, he does share genes with the impeccable Clark Sisters!

One thing you can always count on from J. Moss is upbeat music you can dance and skate to, in addition to great production. The production on this album is just like his three previous efforts, nothing short of great! “The Prayers” featuring label mate Hezekiah Walker and Dorinda Clark- Cole and “Good and Bad” was just a precursor to what was to come, another solid album from Just James.