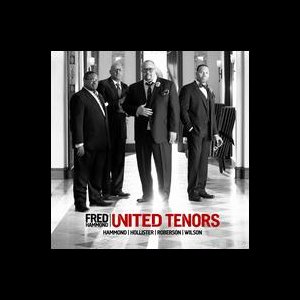 If Gospel ever had a Supergroup, the United Tenors is it. I may cause a bit of controversy with this statement, but the United Tenors, in my opinion, is the best thing since Commissioned! Now that we got that out of the way, let me explain why.

GRAMMY Award winner Fred Hammond made no secret about his feelings regarding his omission from The King’s Men Tour and it appears he took that energy and put together a group of some of the best male singers of this generation. The great thing about this album is that although Fred’s name is on the marquee, he did not treat this as a solo effort, but allowed everyone to shine on every song. The album’s first single, “Here In Our Praise” is already climbing the Billboard charts and although it is a very good song, there is definitely more that meets the ear. 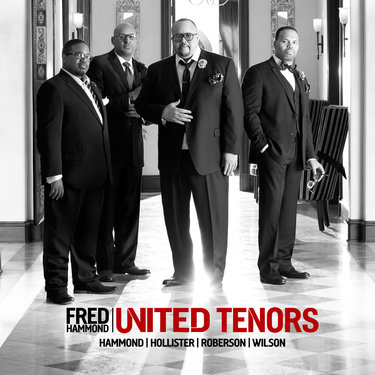 On “We Worship You” all of the men hold their own on the mid-tempo Chicago Steppin inspired groove, and on the heartfelt “I’m In The Midst”, UT’s perfect harmonies boast the lyrics: “To Know that your presence is all that we need, It’s more than enough to set our minds at ease and when our hearts are overwhelmed we’ll look to the cross and there we are reminded that you are here”. This is by far one of the best songs on the album and one you will be singing in your head far after the song goes off, however, it does not stop there.  The uptempo “I’m Reminded” is a hand-clapping, foot- stomping song that is sure to be a show stopper when UT performs it LIVE!

Other songs like “Never A Day”, “Come On Let’s Pray ” and “I Need You” round out the United Tenors first effort and solidifies it as a future classic. When you have four successful and amazing singers such as Hammond, Hollister, Roberson and Wilson on one album, one may think that it would be the clash of the titans, but their chemistry on this offering could not be better, and like the Miami Heat’s- James, Bosh and Wade, the United Tenors are going straight to the championship!