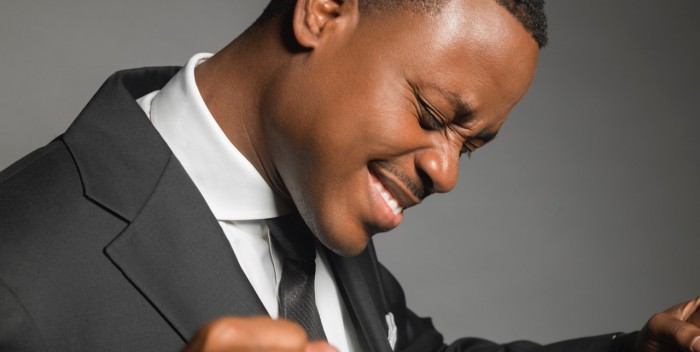 Chicago, IL – Multi-Award winning songwriter and Inspired People recording artist Pastor Charles Jenkins had a good year (including a sold-out autumn concert tour with Destiny Child’s Michelle Williams and worship leader Byron Cage) and won the war of the charts. Billboard Magazine has named his #1 radio smash “#WAR” the most played gospel song of 2015 as it rests at #1 on the year-end Gospel Airplay chart. The New Orleans-flavored track also came in at #1 on the iconic magazine’s year-end Gospel Streaming Songs chart (over 500,000 streams on Spotify alone). The song was also the 5th most downloaded gospel song of the year with over 50,000 downloads. #WAR created a new Billboard Magazine trivia milestone when it broke a record for the longest climb to #1 on the Gospel Airplay chart. It held that spot for five non-consecutive weeks and remained on the charts for a total of 55 weeks before falling into the recurrent chart where it has remained #1 for several weeks. The song was also the most played track on Radio One’s gospel format in 2015 and hails from Pastor Jenkins’ #1 best selling album “Any Given Sunday” (Inspired People/Motown Gospel) that has spawned a new radio single “Just To Know Him” that is making its way up the chart. “It’s been an amazing year for us and we’re all so thankful,” says Jenkins. “We all have so much to be thankful for and to celebrate God’s goodness.” In other good news, “Any Given Sunday” has earned Pastor Jenkins eight Stellar Gospel Music Awards nominations in the categories of Song of the Year: War, CD of the Year, Choir of the Year, Producer of the Year, Traditional Male Vocalist of the Year, Traditional CD of the Year, Music Video of the Year and Traditional Choir of the Year. The 31st annual Stellar Gospel Music Awards take place February 20, 2016 at The Orleans Arena in Las Vegas, NV. An established multi-award-winning songwriter and pastor of the 8,000-member Fellowship Chicago church, Pastor Jenkins burst into the national spotlight when he and the Fellowship Chicago choir’s radio debut “Awesome” topped Billboard Magazine’s Hot Gospel Songs chart for 22 weeks in 2012.  It won a BMI Award in 2014 for over 100,000-lifetime radio spins. Visit www.charlesjenkins.com for more news. MEDIA CONTACT:Bill Carpenter at (202) 506-5051 or billcarpenter@capitalentertainment.com