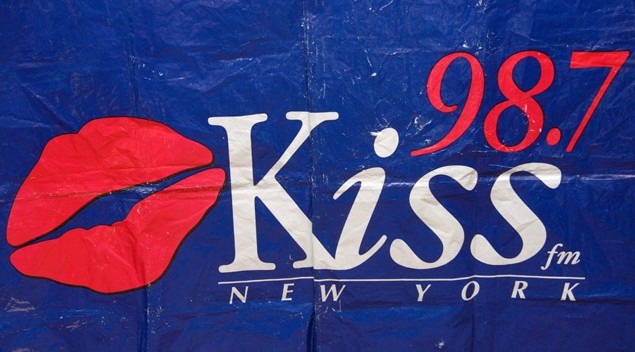 Retrieved from our friends at the New York Daily News

In a turn as sudden and stunning as the Yankees merging with the Mets, the  city’s two adult urban radio stations announced in a joint press release  Thursday that they will become “One Family, One Station.”

Kiss and WBLS began simulcasting at 10 a.m. Thursday, starting with a  tribute to the 30-year legacy of Kiss.

As of 12 a.m. Monday they will become a single station at 107.5 FM, under  the WBLS call letters. What does this mean for gospel announcers like Hezekiah Walker and Liz Black, who fall under the WBLS umbrella (at their sister station WLIB AM)

It is likely this news will not please all listeners, many of whom feel  there are already too few black media voices in the city.

The merger is part of a major reshuffling triggered when Disney agreed to  acquire 98.7 FM from Emmis.

The complicated $96 million deal essentially lets Disney lease 98.7 FM as of  Monday morning, when it will start simulcasting ESPN radio there. ESPN radio is  now heard on the weaker 1050 AM signal.

Disney had been thirsting for an FM signal so it can better challenge CBS  Radio’s all-sports WFAN (660 AM).

A key factor in this new deal is that WRKS and WBLS have both had financial  problems, at the stations themselves and with their parent companies.

WBLS was recently acquired by YMF Partners after its parent company Inner  City Broadcasting went into bankruptcy. This had led to considerable speculation  whether YMF would sell WBLS or change its format.

It was expected that any move to change the WBLS format to something other  than urban, which launched in 1971, would have met strong community  resistance.

In several ways Thursday’s move is a classic case of two companies in a  shaky financial position deciding they would be stronger if they worked together  as one.

Still, the merger changes the landscape of urban radio dramatically, since  adult urban listeners now have one station instead of two.

Both WBLS and WRKS have been the top-rated station in the city at various  times, and even in low periods they have routinely averaged well over a million  listeners apiece per week.

As for hosts, the merger will integrate them starting Monday.

Steve Harvey’s  syndicated show, now heard on WBLS, will continue in the morning.

That means Tom  Joyner and Michael  Baisden of WRKS, among other hosts, will be gone.

Since the WRKS name is also disappearing, the two stations are jointly  holding a “celebration of the legacy of Kiss-FM” all weekend.

Over the years Kiss has often emphasized the heritage of black music, and  has hired hosts like Isaac  Hayes. In the 1990s it launched a “classic soul” format that shot it to the  top of the ratings for several years.

In recent years it has slumped, however, and Emmis  Chairman Jeff Smulyan Thursday blamed some of that on Arbitron’s switch to a  new ratings system, the Personal People Meter (PPM).

PPM replaced the old “diary” system, where participants wrote down their  listening, with an electronic recording device.

Almost all black and ethnic stations saw a dramatic drop in their ratings  under the PPM system. A stream of protests and litigation have led to recent  agreements that Arbitron would increase its efforts to reflect all listening  fairly.

Meanwhile, however, many black and ethnic stations have warned that the  lower ratings plus the general economic recession have decimated their ad  revenue and put them in serious financial trouble.

Smulyan echoed that caution Thursday, saying in a release that “recent  changes in the way radio ratings are measured made it very difficult for us to  find success with Kiss FM.”

Whatever the reasons, New York will wake up Monday morning with one fewer  radio station serving urban listeners.