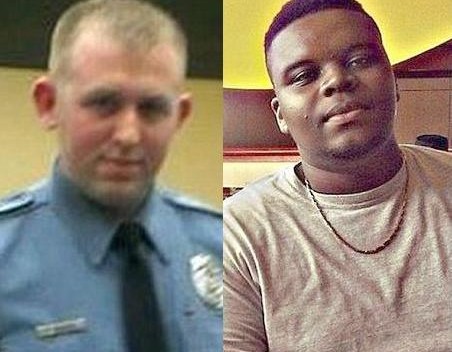 It is Monday night at 9:32 PM and there is man rambling on and on about the horrid night in August when yet another young black man’s life was cut short due to the negligence of a police officer. No indictment! No indictment for Wilson  It is mind boggling to me that the people who are supposed to protect ME, always ends up killing ME! I am not a racist by any stretch of the imagination, but what I am is a realist. Let’s keep it real, cops are not killing young white boys in America, and if they were, there would be outrage from all across America and beyond. Even a “Flashlight Cop” by the name of George Zimmerman got away with killing an unarmed black boy who was merely coming from the store, minding his own business. Let’s not forget that a football player by the name of Michael Vick served 23 months in prison for operating a dog fighting operation. Is it safe to say that a young black man’s life is not even comparable to an animal?

I am Mike Brown! I am a black man born in America who can be stopped by the police at any given moment for nothing at all. I can be frisked, harassed and shot if the police feel threatened by me. My life is not that valuable if you really look at it. My ancestors were slaves who was brought to this country against their will and even still they worked hard to make a difference in the “Land of the free and the home of the brave.” Even with all of the contributions that we as African Americans made to the world, we were considered “less than” white people. Although we are in the 21st century with an African American president, not too much has changed. President Barack Obama, as powerful as he is; he too is Mike Brown. For six years he has been disrespected, unprotected and criticized on every hand.

The U.S. justice system is a joke and is definitely not in favor of African American people. If Mike Brown was killed by his black neighbor from across the street, Mike would be dead and his neighbor would have easily gotten 25 years to life in prison, so why is it so different now? This unarmed young man was killed in cold blood for no apparent reason. Akai Gurley is another unarmed young man who was killed in Brooklyn’s Pink Houses last weekend by a rookie cop for simply walking in a staircase with his girlfriend. Unarmed Brooklyn man killed by police

I don’t think other cultures can truly understand the plight of the Black man in America, and they never will. We have seen this story time and time again and it never ends well. A mother loses a child and nobody pays for it. In fact, the police is often celebrated by their counterparts and  get to take some time off with pay, a vacation if you will. The District Attorney blamed sensationalized media, Twitter, Facebook and even stolen cigars, but not once did he blame Darren Wilson for prematurely pulling the trigger…not once! When will this madness stop?