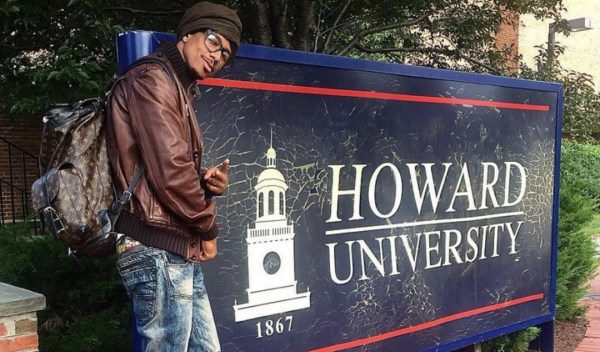 As someone who recently graduated from college after 20 years, I appreciate the fact that actor, rapper and host of “America’s Got Talent”, Nick Cannon, announced on his social media accounts that he has enrolled at Howard University.

It was not confirmed whether or not he will physically attend classes with his classmates who are 17 years his junior, but that didn’t stop the former husband of pop star Mariah Carey from posing in front of his future alma mater looking like he belongs, with faded jeans and Louis Vuitton book bag in tow.

Nick Cannon is proof that no matter how much money and success you have, it is never too late to finish your education.

Cannon is worth an estimated $55 million and is 35 years old.