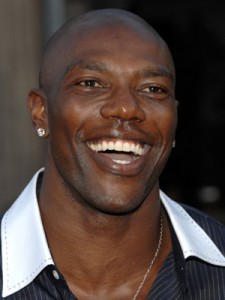 Former NFL wide receiver Terrell Owens was rushed to the hospital on October 6, though the reasons he was there weren’t made public at the time. Now, three weeks later, TMZ.com has obtained the 911 call, made by Owens’ assistant.

According to the female caller, who identified Owens as her boss, the former NFL star took “four prescription pain pills — I just don’t know how many he’s taken but he took them about 30-45 minutes ago.”

When the 911 operator asked if Owens was awake, the caller said, “Barely … we talk to him and he understands what we’re saying.” She also describe his breathing as “kind of shallow.”

Later during the call the operator asked if this was a suicide attempt. “Yes, I believe so,” the caller said.

Neither Owens nor his agent Drew Rosenhaus have commented on the matter, and other than what his assistant told the 911 operator, it’s not clear Owens was trying to kill himself.

On Tuesday, Owens, 37, held a workout for NFL teams. Rosenhaus later confirmed that there hasn’t yet been any interest in Owens, who spent the offseason recovering from ACL surgery.

Five years ago, Owens was taken in an ambulance to a Dallas-area hospital. The police report included words like suicide, overdose and depression. T.O., then with the Cowboys, called it a misunderstanding.

Let’s keep T.O. in our prayers and pray that God grants him the peace which passes all understanding. As we can see, money can make you and break you.