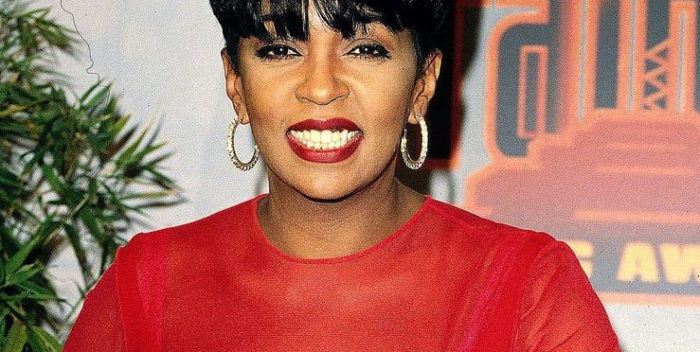 “Anita Baker Is Coming on the Cruise!”: Tom Joyner announces that Anita Baker Will Perform on the Tom Joyner Foundation Fantastic Voyage Cruise
The legendary vocalist will perform aboard the 19th Annual Tom Joyner Foundation Fantastic Voyage Cruise sailing April 29 – May 6, 2018
Tom Joyner announced on his show, Tuesday, October 31st, that guests aboard the 2018 Tom Joyner Foundation Fantastic Voyage will be treated to an exclusive Evening With Anita Baker. The eight-time Grammy Award winner will honor radio pioneer Tom Joyner by performing live aboard his annual benefit cruise sailing April 29 – May 6, 2018. Anita Baker’s performance will be a highlight on the cruise as we well as part of a celebration of Joyner’s 25 years in syndication. As the most groundbreaking entertainment cruise, the charitable endeavor is known for featuring over 60 entertainers and comedy acts along with daily empowering seminars, theme nights, morning inspiration, concerts, shopping, beach parties, fitness, late night after-parties, parades and a cavalcade of celebrities celebrating Tom Joyner’s efforts to assist students attending Historically Black Colleges and Universities.
Tom Joyner announced: “Man do I have a treat! Oooooo…I can’t keep a secret. I’ll explode! She’s coming on the boat… Anita Baker is coming on the cruise…Thank you, Lord!”
Baker’s decades-long career has included four platinum and two gold albums with signature R&B hits including “Caught Up in the Rapture”, “Sweet Love” and “Giving You the Best That I Got”. Her unique voice has the sultry vibe of a jazz singer and has been the cornerstone of a sound that has helped to shape R&B since her solo career began in the early 80s.  Although the Detroit-bred contralto established a musical style that has noticeably influenced an entire generation of talents, Baker herself has remained unmoved by the ebb and flow of trends in the industry. It is that timelessness that has left fans clamoring for her presence on the music scene ever since the wife and mother took a hiatus from the spotlight to focus on family.
Catch Anita Baker on Twitter at @IAMANITABAKER.
Tom Joyner can be found on Facebook at @TomJoynerMorningShow; Twitter at @TJMShow ; Details on the cruise can be found at BlackAmericaWeb.com or call 972.980.S-A-I-L.
The Tom Joyner Foundation Fantastic Voyage® Cruise features nonstop empowering activities, theme nights, and entertainment featuring Anita Baker, in addition to Chris Brown, Tamar Braxton, Kenny “Babyface” Edmonds, The Isley Brothers, The O’Jays and a wide range of hit-makers performing on the cruise. The current line-up for the 2018 cruise includes Divas, Soul, Throwback Hip Hop, Funk and Comedy: SWV, En Vogue, Jones Girls, Heatwave, GQ, Taste of Honey, The Sylvers, Brothers Johnson, Ying Yang Twins, Eastside Boyz, Trillville, Young Bloodz, Bonecrusher, Raheem Devaughn, Dwele, Eric Roberson, 112, the Manhattans featuring Gerald Alston, Force MD’s, Das EFX, Grandmaster Melle Mel & Scorpio (Furious Five), DJ Kool, EPMD, Fat Boys. Now in its 19th year, the original Party with a Purpose® will sail from Galveston, TX April 29 – May 6, 2018 and make stops in Montego Bay and Cozumel on the Carnival Breeze raising money to help keep students in school at Historically Black Colleges and Universities.