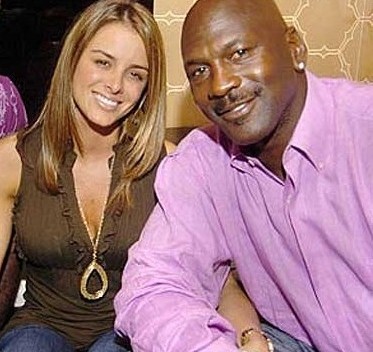 Basketball legend Michael Jordan is taking a chance on marriage again and has proposed to girlfriend of three years, Yvette Prieto. His publicist Estee Portnoy confirmed the news, which was first reported by WCNC in Charlotte, on Thursday.

Reports are that Jordan, 48, and Prieto, 32, got engaged over the Christmas holiday.

The marriage will be the second for Jordan, who became the Bobcats’ majority owner last year.

This would be Jordan’s second marriage. The NBA great married Juanita Vanoy in September 1989 and divorced in 2006 after 17 years of marriage. It has been reported that Jordan’s divorce cost him $150 million in settlement and it has ranked among some of the highest divorces in history.

Jordan and his ex-wife have three children together: sons, Jeffrey Michael and Marcus James, and a daughter, Jasmine.

Here are seven things to know about Yvette Prieto and her relationship with Michael Jordan.

1. She is a Cuban-American model.

2. She met Jordan in 2008, nearly two years after his first divorce.

3. They have reportedly been living together since 2009 in a house in Florida. It is reportedly a 5,500-square-foot home in a gated subdivision in Miami. Though they are really quiet about their relationship, the two have been seen together at multiple red carpet events.

4. Prieto has reportedly modeled for designers such as Alexander Wang.

6. According to The Sacramento Bee, records show that Prieto is a principal with the Miami-based companies Aqua Management and Beet the LBS.

7. The Bee also reported that she filed for Chapter 7 bankruptcy in 2002.