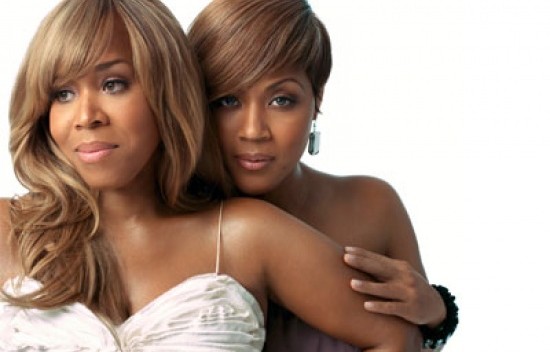 Erica and Tina Campbell are More than a Grammy®Award-Winning Gospel Group….They’re Sisters, Mothers and Career Women Who Strive to Balance it All.

NEW YORK, NY – November 21, 2011 – Talk about a sister act!  As the popular three-time Grammy® award-winning Gospel duo, “Mary Mary,” Erica and Tina Campbell are busy career women touring the country, promoting their sixth album, “Something Big” and walking Hollywood red carpets.  More than that, they’re sisters and mothers who strive to balance hectic careers with growing families.  Now, WE tv has greenlit a brand-new original series, tentatively titled MARY MARY, that follows the sisters in their daily lives as they work to do it all.  The series premieres Thursday, March 29th at 9pm ET/PT with eight, hour-long episodes.

Music is a family business for the Campbell sisters:  Erica’s husband, Warryn, is the group’s producer and Tina’s husband, Teddy, is the drummer in Jay Leno’s band.  Outside of the recording studio, both ladies struggle to balance family life — a challenge all on its own.  Erica and Warryn are expecting their third child in February, and Tina and Teddy are raising a blended family of four.  The sisters also have a very large, extended family of seven siblings to deal with — one of which is the group’s stylist — and their parents, who have been married and divorced three times, and now currently separated.  When it comes to finding harmony, signing’s the easy part!