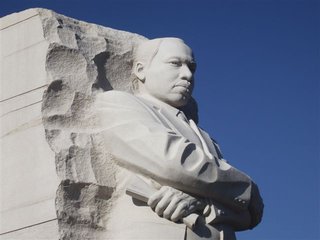 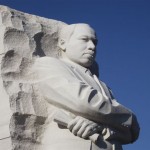 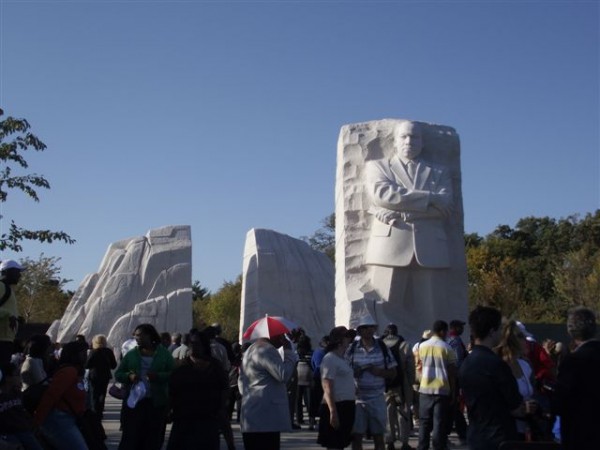 The Best Monument on the National Mall

On the 16th Anniversary of the Million Man March, another piece of history was finally made. The dedication ceremony of the Dr. Martin Luther King, Jr. Monument took place on Sunday, October 16, 2011, as tens of thousands looked on with pride. The first scheduled date was August 28, 2011, which was the 48th Anniversary of the “I Have A Dream” speech. The date was however, switched to October 16th due to the major impact of Hurricane Irene. On this day though, there was not a cloud in the sky and it was a clear and beautiful 75-degree day. The day began with a line that was formed as early as 4 am and once allowed in, thousands quickly filled the promenade. CNN and TV One correspondent, Roland Martin and Gwen Ifill were the MC’s for the momentous occasion, as many dignitaries from other countries, family, friends and co-laborers of the civil rights movement gave inspiring words about a man who helped change the ugly face of America in a time where African Americans were simply referred to as negroes. After a brief video collage, the ceremony quickly escalated into somewhat of a church service with hymns, songs and spiritual songs. The Ebenezer Baptist Church Choir, where Dr. King was once pastor, sang uplifting songs like: “I Wanna Be More Like Jesus” and “Highway to Heaven” while Grammy winning sister duo Mary Mary, sang their rendition of the James Cleveland classic, “I Don’t Feel No Ways Tired” entitled, “Can’t Give Up Now”.

Crowd listening to the speakers

Following the numerous musical tributes from other notable artists, were commemorative speeches, given by two of Dr. King’s three children, Dr. Bernice King, whose voice and preaching style is eerily similar to her father’s as well as Martin Luther King III, who admonished the crowd with the phrase, “Don’t emphasize on the idol of Dr. Martin Luther King, Jr., but the ideals he gave up his life for”, as his young daughter and wife looked on. Dr. King’s 84- year old sister, Dr. Christine King Farris, also talked about her brother and described him as a man who was destined for greatness. Dr. Farris is the last surviving family member of his generation, as Martin Luther King, Jr. was assassinated in 1968, their youngest brother, A. D. King died in an accidental drowning in 1969 and their mother, Alberta King, was gunned down at Ebenezer Baptist Church in 1974.

Stirring speeches by former UN Ambassador, Andrew Young, Joseph Lowery, Rev. Jesse Jackson, Rev. Al Sharpton, John Lewis, Dan Rather, Julian Bond, Diahann Carroll, Washington D.C. Mayor, Vincent Gray and many others were the highlight of the morning. Many of the speakers quoted a number of Dr. King speeches and reminded the crowd that the next generation is our future and we must instill in them the determination to do better. 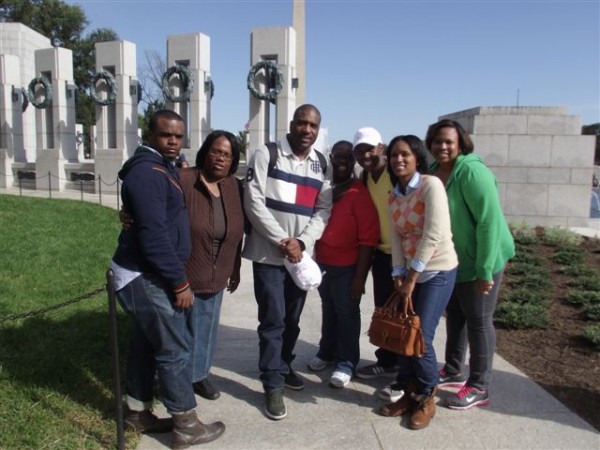 Me and The Crew

Amidst a sea of applause, the First Family of the United States and the King Family walked hand in hand to view the monument of Dr. Martin Luther King, Jr. Ramona Jones of Langhorne, Pennsylvania described that particular moment as “Life Changing” as tears welled up in her eyes. After a touching rendition of the Black National Anthem, “Lift Every Voice and Sing”, The Queen of Soul, Aretha Franklin sang “Amazing Grace” like only she can. At certain points during the song, President Obama was rocking back and forth and it was evident that the presence of God was on him. As President Barack Obama approached the microphone, the surrounding crowd immediately burst into cheers and applause shouting “Four More Years, Four More Years”, a declaration for him to continue to fulfill Dr. King’s dream in 2012. Eyes began to water as he began to speak. “A hurricane may have delayed this day but this day could not be denied. On this day we celebrate Dr. Martin Luther King Jr.’s return to the National Mall”, said President Obama to more cheers from the crowd as well as harsh words from a protester who yelled out the words “Anti-Christ and was eventually carried out by security. “Progress was purchased through enduring the smack of billy clubs, the blast of fire hoses and with days of jail cells and nights of bomb threats”; Obama went on to say as he spoke about the torment that Dr. King and other civil rights leaders had to endure. 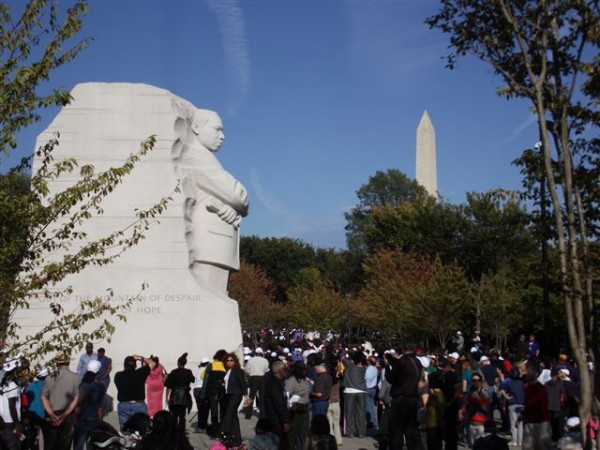 A sight to behold

Finally marking the end of the ceremony was musical genius, Stevie Wonder, singing the song that he wrote for Dr. King over 30 years ago, “Happy Birthday to Ya”. This was indeed a day to celebrate and appreciate the freedom and liberty that we’ve attained thus far and to look forward to the bright future that we have ahead of us. 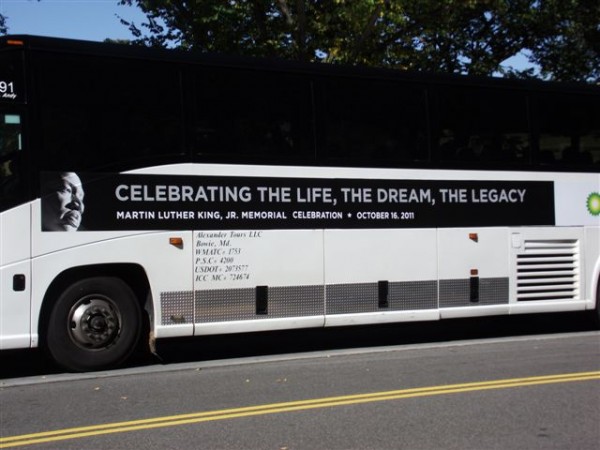