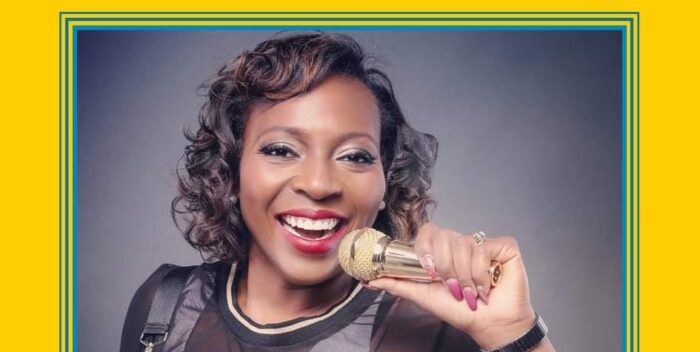 January 27, 2022 (NEW ORLEANS, LA)— Joanna Hale – McGill has so much to celebrate these days, as her current single Revelation 21:4 recently landed in the Top 40 (#34) on Billboard’s Gospel Indicator chart.

In addition, McGill’s video watch party for Revelation 21:4 was a huge success, with a SOLD OUT socially distanced crowd of over 300 attendees. The event, hosted by legendary radio announcer Gina Brown, featured special guest Sharon Martin and full concert performed by none other than Joanna Hale – McGill.

Lastly, McGill will be performing on the main stage at the coveted New Orleans Jazz and Heritage Festival on Thursday, May 5, 2022, in her home town of New Orleans, Louisiana. Other performers include: Lionel Richie, Erykah Badu, Lauren Diagle, Ludacris, PJ Morton, Nelly, Frankie Beverly and Maze and more.

Joanna Hale-McGill has always had a true passion is for her music. During the 2015 Essence Festival when everyone else was trying to decide which seminar they would attend or what performances they wanted to see, Joanna was submitting an audition video singing an A capella

rendition of “Amazing Grace” with the hopes of being accepted to compete for The Next Gospel Superstar. On the last day of the 2015 Essence Festival, she humbly took the Walmart Stage and ministered the song, “Amazing Grace.” It wasn’t hard for Detrick Haddon, Tamela Mann and Phil Thornton to see the anointing of God and make their decision. She was amazed when David Mann announced her as the winner. Her debut single, “Open Door,” was penned by Haddon and helped transition Joanna from an aspiring artist to a Billboard charting artist with her second single, “I Can Do Anything,” from her debut project entitled, New Sound Same God, Volume 1. Her follow-up single, “Be Patient” faired even better, playing at radio stations across the country, peaking at #5 on Billboard’s Gospel Indicator chart.