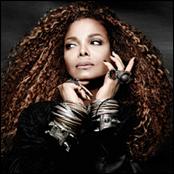 The 3rd leg of the North American tour will kick off on May 19, 2016 in Concord, CA and will visit 22 cities including dates in Austin, Birmingham, Little Rock, Montreal, Atlantic City, Hershey and more! A full list of tour dates on the UNBREAKABLE WORLD TOUR is below.

All dates on the tour are being co-produced by Miss Jackson’s Rhythm Nation.  In addition to Live Nation and Rhythm Nation, other concert promoters include Nederlander Concerts, Jam Productions, Another Planet Entertainment, and such promoters as Bamp and Tommy Meharey. Additional worldwide concerts will be announced at a later date.

American Express® Card Members and fans who pre-order the album can purchase tickets before the general public beginning Monday, Sept. 14 at 10:00 a.m. local through Friday, Sept. 18 at 10:00 p.m. local. Fans who pre-order the album before Friday, Sept. 18 at 10:00 p.m. can buy tickets early at janetjackson.com. Tickets for the general public go on sale on Saturday, Sept. 19 at 10:00 a.m. at janetjackson.com. Recently, JANET changed forever the way music owners experience her concerts. Music owners receive a special code giving them VIP ticket access, eligibility for backstage views, private glimpses of JANET’s awards, memorabilia, costumes and never before seen private photographs as well as the opportunity to get private messages to JANET before and after each show. This unprecedented access to the live event has never been attempted for music owners, who in JANET’s eyes are extraordinary, generous and loving. There will be more surprises for people who own JANET’s music. There will be “No Sleeep” until she sees you in your city.