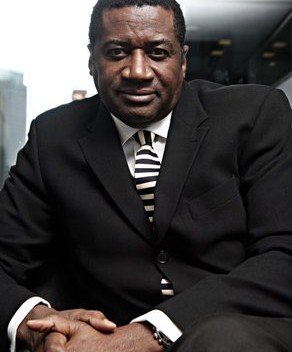 New York, NY – December 6, 2012 – It was announced today that James “Jazzy” Jordan is retiring from Verity Gospel Music Group as of the end of this year, after a total of 17 years with the company.

“Jazzy Jordan was tireless in his leadership at Verity and he made enormous contributions to the success of the label, which remains the number one label in Gospel music.” says Tom Corson, President & COO RCA Records.  “We wish him all the best in his future endeavors.”

“It has been my honor to work in Gospel music and I will carry along my journey the great lessons that I’ve learned from this work and from this music,” says Jordan.  “One of my favorite authors is Dr. Myles Munroe, who talks of the concept ‘dying empty.’ That is what I want to do, die emptied of all that God has placed within me, and I can only do that by exploring new opportunities and challenges.”

An announcement regarding leadership and organizational changes at Verity is forthcoming.

Verity was named Billboard’s Top Gospel Label Imprint of the Year numerous times, including the past four consecutive years.