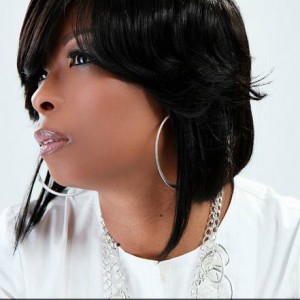 Dubbed the “Princess of Praise”, Maurette Brown Clark has blessed the world with songs that will be sung in our churches for many years to come. Songs like “Breaking of Day”, “Just Wanna Praise You” and “One God” have become synonymous with Praise and Worship music and has solidified Maurette as one of Gospel music’s mainstays. Her first album in four years is entitled “The Sound of Victory” and you don’t have already have it, make sure you go out and get it today!

A few days after the release of her fourth album, Maurette sat down with ROOT and talked about her ministry, what took so long for her fourth album to hit the stores and a certain platinum selling girl group she was supposed to be in but decided not to fly solo. 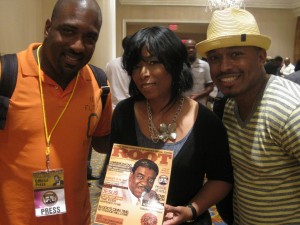 Root: It’s been 4 and a half years since your last album “The Dream”, however, songs like “One God” and “It Aint Over” were two of the biggest songs of your career which made it seem like it hasn’t been that long. What took so long for this record?

MBC: I don’t even know what took so long with any of my records. The first record came out in 1998, the second in 2002 and the last one before this was in 2007, so I have learned in my process that this is my journey and no one else’s. Most of the time in this industry it is out of site, out of mind and you are only as great as the last time that people heard you. It was not intentional for the wait to be so long but it definitely falls in line with how God has done things for me.

Root: Your latest album ‘The Sound of Victory” is already a fan favorite and I have this thing where I read the reviews on Amazon and iTunes and one of your fans had this to say: “This is another example of a musical masterpiece. Maurette Brown Clark has done it again, offering up a great balance of Praise and Worship tunes. You cannot listen to this CD without smiling and dancing. It reminds you that you should be grateful and that you have a right to praise. Don’t be discouraged, this CD is amazing, production is stellar, Maurette is amazing! I hear it too, it definitely sounds like victory! When you hear that, how does it make you feel?

MBC: WOW. Well, it definitely makes you feel humbled. The best thing that you can hope for is that something that was birthed out of the spirit is accepted by somebody and I know that everyone is not going to like how I sing and my flavor, but hopefully you can accept what God has given me. I asked God If I can bless one person then that is alright with me because someone has to meet Jesus by one of my songs, one of my adlibs or one of my concerts and if I can get that one, I’m good with that.

Root: One of my favorite Richard Smallwood songs that you did lead vocals on, is a song entitled “You Did It All”.

Root: Yeah, I used to run that song so much that I had to buy the CD twice because it was all scratched up. With that being said, do you prefer singing with a group or solo?

MBC: I think for anybody singing with a group it is easier because there is no pressure if you sing the right notes and clap on time. I like it all but I do know what I was called to do. I also thank God for keeping me relevant, as I am solo artist but I am still able to sing with Richard every now and then so I have the best of both worlds. I didn’t realize how important my voice was to me until about a year ago.

Root: From the lead vocals to the background to the band, your new album “The Sound of Victory” is truly a great work. I think every album should tell a story. What story do you want this album to tell, if any?

MBC: My record company named me “The Princess of Praise”. I love the title and I feel like the title represents me and what I do from the very beginning, which is sing songs from my heart, whether it be praise and worship, songs of encouragement, whether it be funky for God or songs with a groove. I hope this album is another installment of all of the above, while you are exercising on the treadmill or the elliptical machine, before you know it; you are lifting your hands and praising God.

Root: You are pretty much one of the originators of Praise & Worship as we know it and you are also one of the reasons why it has become so popular. What are your thoughts on the emergence of “Praise & Worship” as opposed to “Devotion” like in the days of old?

MBC: To be honest, part of me sometimes misses devotion service where someone would get up and just let you know what was on their heart. I think if we can tie the two together it would be good. When we did devotion, someone on the left side of the church would tell what they went through during the week and when they opened up their mouth in song, it resonated to everyone around and I think that is what Praise & Worship does. If you go to God and ask him “How can we usher in your presence God”, he let’s us know that it is through song and both Praise and Worship and Devotion are intricate parts of worship.

Root: Now, I found out an interesting fact about you…

MBC: Oh Lord Jesus! Should we talk about this off line? (Laughter)

Root: (Laughter) No we don’t need to. It was brought to my attention that you were supposed to sing with a certain girl group.

MBC: (Long Pause) Well, yeah (Laughter). Years ago when I was searching for a record deal, I presented myself to many different labels and it was nice because people respected me even if they weren’t interested in signing me. You have to know that the music business is a business and “No” is just a “No” for a certain scenario and it doesn’t mean “No” to the ministry. I just want to make that clear to anyone who is starting out. I happened to connect with Vickie Mack Lataillade and she loved my ministry and what I did but she wanted to put me in a girl group and of course I was a lot younger and cuter then and the group happened to be Trinitee 5:7.

Root: That is unbelievable!

MBC: I don’t know if I was supposed to be a member and missed the boat or if God just knew what he was doing with me. I’d like to think that both ways worked because just like I’m still out here still running and grinding for Jesus, they are doing the same thing as well. I have a twin brother who sings and people would tell us that they see us as the next BeBe and CeCe and although I love my brother and I know he can sing circles around me, I know what God told me to do. I knew what he told me to do when Vicki said “I see you in a group” and stood by what he told me. I saw myself by myself singing on a stage and people were praising God and I know what I saw and I held on to that. If God shows it to you, you may have to wait two years or three years but just know that your steps are ordered and his time is divine.