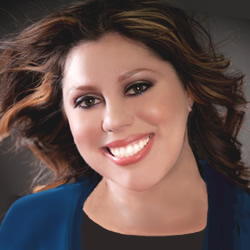 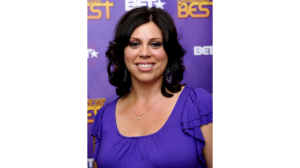 Last year, Twitter, Facebook and the internet at large was blazing as the results of the the 4th winner of BET’s Sunday Best was announced. Some people were heavily rooting for Amber Bullock, the woman with the jazzy yet soulful voice and others loved the passion and beautiful texture of Texas native, Andrea Helms. In the end, Amber took home the crown but theoretically they are both winners, as both women are signed to Matthew Knowles’ Music World imprint, along with another Sunday Best winner and alum. Le’Andria Johnson.

Root Magazine caught up with Andrea on the eve of the release of her debut CD, “Moving Forward”.

Andrea Helms: Well I’m not sure if I have a lot of expectations because I don’t know what to expect. I’ve always wanted to be an artist, so I feel that the gospel industry has accepted me and loved me and has given me a place; so I think I’m just going with that. I’m going with every open door that’s presented to me right now.

Andrea Helms: Oh yes, most definitely. Actually, when I was eleven years old, somebody gave me Whitney Houston’s first album and she has been my musical idol my whole life. I remember sitting and listening, I wore that tape out…I wanted to be her; I wanted to sound like her. I would sit for hours, and I’m not exaggerating, for hours and listen to her. I think over the years her sound has influenced me. And then of course Sandi Patty, I was younger at the time and singing some classical music, Sandi Patty had a major influence on me too. I think I might be a mixture of all of both of them.

Root Mag: Now you mentioned Whitney Houston. How has her death affected you? I mean of you grew up listening to her, I’m pretty sure it was a big blow to you.

Andrea Helm: It was terrible. I wished that I had met her, that was on my list of things to do and I didn’t get the chance to. It was devastating to me. It was surreal and I couldn’t believe what was happening. I wanted her to know the level of impact she had on me as a singer. She taught me how to be a big singer and then to dream even bigger.

Root Mag: Now you look at people like Darius Rucker from Hootie and the Blowfish, who kind of transitioned from pop music to country. It was kind of different because he was an African American singing country music and he broke that barrier. Flipping it on this side, the gospel industry is probably 95% African American, are you somewhat intimidated coming into this industry not being African American?

Andrea Helms: No I don’t think so because I don’t ever think about that. I have people that I admire and I look up to. I was recently at William Murphy’s concert and he is somebody that speaks to me and to my music. Martha Munizzi does so as well. I think gospel music crosses all those boundaries that we set up ourselves. In my opinion, gospel music speaks straight to the heart. So I don’t think about that. It’s all just great music and it’s all God’s music and I’m really excited to be a part of it.

Root Mag: We are happy you are a part of it. I was listening to your album and I was hoping that the song “Moving Forward” that you did with Amber Bullock on Sunday Best was on there and I was so happy that it was. You two were made for that song.

Root Mag: What prompted you to audition for Sunday’s Best?

Andrea Helms: I get asked this question all the time! My husband wanted me to audition and we just kept listening for when auditions were going to be held. My friends said “Hey they’re coming to Dallas,” and I thought well I don’t know if this is for me. I’m not sure if that’s what I want to do. I’m comfortable doing what I’m doing at the church. A couple days before the audition I decided to go and had no idea that it would end up like this. I did not have a clue where this would go and here I am- the runner up. You know what, if an opportunity presents itself like that, walk through the door because you never know what’s on the other side.

Root Mag: Definitely! So how has Sunday’s Best change your life thus far?

Andrea Helms: Well people know me now that didn’t know me before and that was an adjustment just to be noticed out in public. I don’t think anyone is ready for that. Can’t go out without makeup anymore, [laughs], so you got to be dressed when you go out.  You never know who is going to take a picture. Lots of travel, lots and lots of travel and I’ve actually had to give up my position as worship leader at a church and the new guy who will be starting in a couple of weeks was actually in my audition room trying out for Sunday’s Best. Can you believe that?

Root Mag: Wow, how ironic is that?!

Andrea Helms: Yea, I know it. He said “Hey everybody, look me up,” and I was the only one. And who knew he would be my successor at the church, so it’s funny how things work out.

Root Mag: Yes, that was God ordained. Well good luck with everything and we look forward to your album.

Andrea Helms: Thank you so much, I appreciate it.