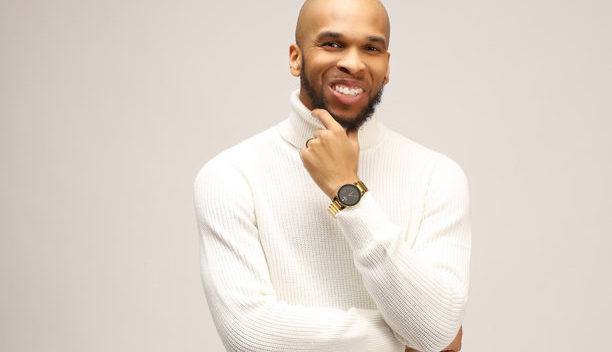 Usually when a new year is celebrated it is done so with a bit of fanfare, new year’s resolutions and fasts, but 2020 has to be different not only because the two numbers look cool together, but more so because it’s the start of a new decade.

2019 was an amazing year musically for Gospel Music. Artists like Hezekiah Walker, Koryn Hawthorne, Tasha Cobbs-Leonard and VaShawn Mitchell have attained gold and platinum plaques and streaming numbers have gone up exponentially.

What is even more of a success story in the musical landscape, is the rise of the independent gospel artist, and what a rise it has been! Independent artists dominated the Billboard charts in 2019 in record number. Will the year 2020 keep the same momentum?

Here are some Indie Artists you need to look out for in 2020.

Edwrin Sutton is a name you will definitely hear more of in 2020. As the latest signee to Kerry Douglas’ Black Smoke Records, Sutton is set to make great waves in the new decade. His latest single, I Hear Rain, was written by Sutton and produced by Stellar nominated artist Demetrius West. Edwrin Sutton is indeed one of the Leaders of the News School as it pertains to spreading the gospel through not only singing but preaching as well. Although he is a millennial, he still manages to maintain his old school upbringing; making for a perfect mixture of classic and current sound. At Root press time, Sutton’s I Hear Rain landed on Billboard’s BDS chart as one of the most added songs of the week.

This Chicago native is one of the hardest working indies in the game. He first hit the scene in 2016, after a year of being clean and sober, with the song Happy. Ironically, he has been happy ever since, traveling the country, embarking on his first European tour, releasing a Christmas project and releasing an infectious single and music video for his latest single, Finished Work.

This powerhouse singer first gained international prominence on Hezekiah Walker’s Souled Out project on the song There’s No Way, and as one of the lead singers of JJ Hairston and YP. A bonafide Praise and Worship leader, Melissa prides herself as being the vessel that God uses to usher in the spirit, as she birthed Chabod Institute, an anointed learning environment for intense, hands-on training in the area of praise and worship. Her first solo single I Owe It All, is a testament to her life of a worshipper in heart, mind and spirit.

Joe Douglass and Spirit of Praise are no strangers to the industry, assembling in 2011 and making their nationwide debut in 2014, their debut album The Great I Am, peaked at #4 on the Billboard gospel chart and featured Grammy® Award winner Tye Tribbett, Lena Byrd Miles and Chrystal Rucker. Their latest single, Praise Him, is a mid-tempo radio friendly hit that gives us a familiar reminder to praise the Lord every time we get the chance.

He is probably one of the most experienced artists on the list, having been nominated for a number of Stellar Awards with his former group Livré. He is also one of the most sought after singers and songwriters in Gospel music. As the pen behind JJ Hairston’s Miracle Worker, he is also celebrated major success with the release of his current single Never Be Defeated, which debuted at #1 on the Billboard Gospel Digital Song Chart.

Anthony Ponder & Ministry’s Desire is a collective of talented, seasoned vocalists. Impeccable blends, strong delivery and unique tones complete the presentation of the Jersey City, NJ based group. The Billboard charting ensemble from New Jersey have not even scratched the surface, yet they have made an indelible impression in the Northeast and in the South region. Their current single,  Favor, features legendary “Girl Director” Natalie Wilson and has already made a moderate impact at radio in 2019.

Recognized as a “Singer’s Singer,” over the last decade Ashley has collaborated with many award winning artists such as Jay Williams, Bishop TD Jakes and most notably, Hezekiah Walker. In 2018, her version of the classic hand clapping, foot stomping Stretch Out with The Potter’s House Mass Choir went viral and   introduced the Mississippi native to an entirely new audience. Her debut single I’ve Got the Victory showcases her acrobatic vocals and proves why Lawrence is one of the most highly anticipated female vocalists to hit the gospel scene in a long while.