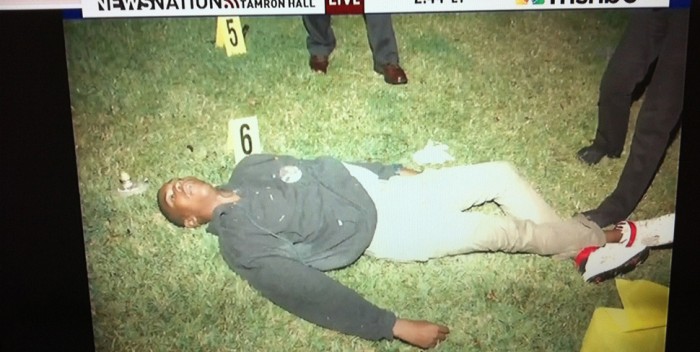 It has taken me five whole days to write something about the Trayvon Martin case. By now, some healing has begun and the shock of the unjust verdict has settled in for some. As for me, the wound is still fresh and simply put, I am hurt and  a bit emotional. You see, I am Trayvon Martin! I am a black male living in a country where we have celebrated twice the election of an African-American president, yet still a considerable amount of racism still exists in “The land of the free and the home of the brave.” I grew up in the mean streets of New York City during the 80’s and 90’s, where crack was killing people in our communities left and right. I went to school with Raymond Santana, one of the “Central Park 5” who was wrongly accused of raping a young lady jogging through Central Park, and although the city had no real evidence, they still charged five young, innocent men of color because they needed someone to blame and who better to blame then some young black men whose lives meant nothing. I marched for Amadou Diallo, an unarmed 23 year-old immigrant who was shot 19 times by four plain clothes police officers in New York City as a “mistaken identity.”

There are countless stories regarding the injustice that we as African Americans, men especially, still suffer but this one hit home. What I don’t understand is how Trayvon Martin has now been painted as the villain and one who caused his own death, when he was just waking home with a pack of Skittles and an Arizona Iced Tea. Then you have Juror B37’s “Coming Out” party trying to show remorse, yet praising George Zimmerman for saving his own life. Are you kidding me? George Zimmerman was a self-appointed neighborhood watch lunatic who set out to be a hero, got in too deep and killed a 17 year old BOY…yes Trayvon was still a BOY, not a MAN! The fact that the prosecution did not point out that he was an unarmed child is simply ludicrous. Ultimately that is what killed this case. The prosecution team could not even compare to the defense team, as it almost felt like they threw the case entirely! Instead of taking a win and being humble about it, Zimmerman’s defense team, namely Don West, is making a mockery of the case, taking pictures with his daughters eating ice cream cones with the caption “We beat stupidity celebration cones.” All of it is appalling and shows what they really think of us….what they think of me…..what they think of our president. 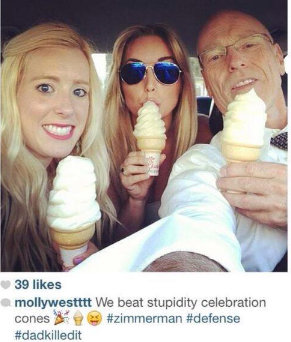 Which raises a good point, is a young black man in America’s life worth anything? I mean, let’s face it, Michael Vick did hard time in jail and almost forfeited his career for dog fighting. People of all races around the world were outraged because of this, yet a man who admittedly killed a boy is found not guilty? What Michael Vick did was wrong, yes. However, the lives of those dogs are not more important than that of Trayvon Martin, James Byrd, Amadou Diallo and Darius Simmons- the 13 -year- old black boy who was also killed recently by a 76- year- old white neighbor because he thought that he stole his guns from his home. 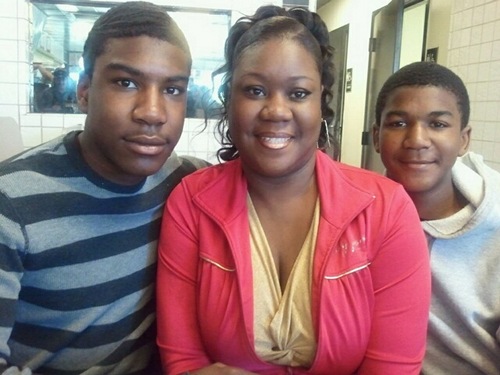 My prayer is that justice is served in some way. Trayvon Martin’s parents are the most gracious people I have ever seen. They are educated, upstanding citizens who loss their son for no reason and although he is not alive to tell his story, Trayvon is being painted as an aggressive thug. Again I say, all he was doing was walking home alone, minding his own business. I don’t believe for one minute that was George Zimmerman screaming on that tape. That is the sound of a terrified young boy, not that of a 28- year- old man. But let’s say that it was George Zimmerman screaming, would Trayvon have been wrong for fighting for his life?

The bottom line is these “Stand Your Ground” laws have to be changed because it gives these radicals free reign to kill us if they feel threatened. They don’t have to BE threatened, they just have to feel threatened. What is interesting is that there are currently 24 states that have the exact same law as Florida. Some states include: Montana, Alabama, Nevada, New Hampshire, Arizona, Oklahoma and West Virginia. So if you are a young black man living in any of these states, BEWARE, because your life is at stake just for BEING.