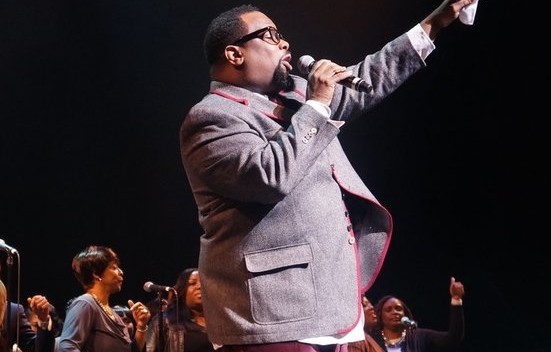 Last Thursday (1/30/14), The New Jersey Performing Arts Center was SOLD OUT in every sense as the word, as the orchestrator of the chart topping hit “Souled Out”, Bishop Hezekiah Walker, blazed the stage with a couple of his friends. Hezekiah Walker and Friends was presented by WBLS/WLIB- sponsored by State Farm and COBA (Correction Officers Benevolent Association), and was indeed a night to remember. 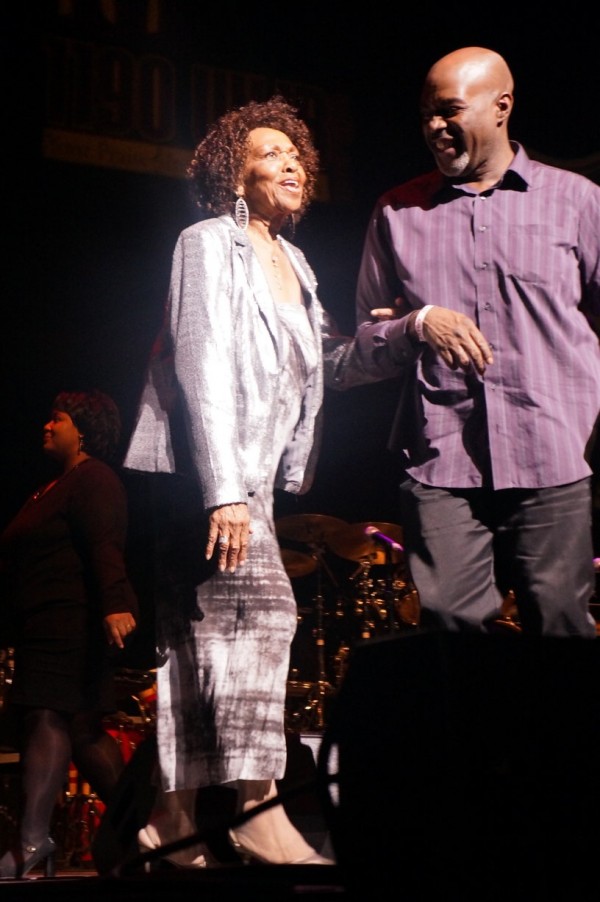 The crisp winter’s night was an amazing worship experience that featured some of the best gospel artists on the planet. The event was co-hosted by WBLS & WLIB radio personality, Liz Black, Neicey Tribbett and funny man from the Yolanda Adams Morning Show, Marcus D. Wiley. Of course, the night would not be complete without New Jersey’s own, Cissy Houston, as she ushered in the spirit with a few of her most popular gospel hits. One of the pleasant surprises of the night was chicago native, Jonathan McReynolds. Fresh off his “Stellar” two minute performance at the 29th Annual Stellar Awards, McReynolds made a few thousand more fans in New Jersey, as he did two acoustic versions of his songs, “No Grey” and “I Love You.”

WATCH VIDEO HERE: Jonathan McReynolds performs “No Grey” and “I Love You” at NJPAC

WLIB’s own James Fortune, host of the “James Fortune Show” hit the stage with his group FIYA and quickly went through a few of his biggest hits such as his current smash “Live Through It” and his #1 Billboard hit, “I Trust You.” It is evident that James Fortune is a fan favorite in the eat coast because the crowd just could not get enough of Fortune and FIYA. 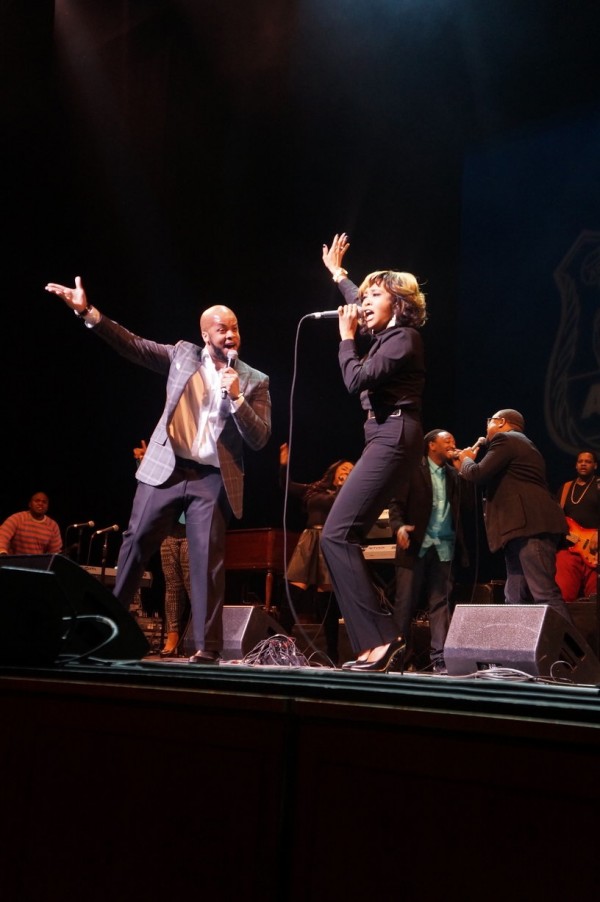 Vice President/General Manager of WBLS and WLIB, Deon Levingston, presented 2x Grammy winner, Tye Tribbett and Marvin Sapp with a huge red velvet birthday cake, as the two Stellar Award Male Vocalists of the Year (on separate occasions of course) both celebrated birthdays that week. The crowd of over 3,000 became one big choir and sang Happy Birthday to the two gospel stars. Soon thereafter, gold selling artist and pastor, Marvin Sapp, sang a medley of hits like “I Came”, “He Has His Hands on You”, “My Testimony”, “The Best In Me” and his biggest hit, “Never Would Have Made It”; as he went up a few extra octaves at the end of the song- showcasing both his vocal range and his anointing for moving the crowd. 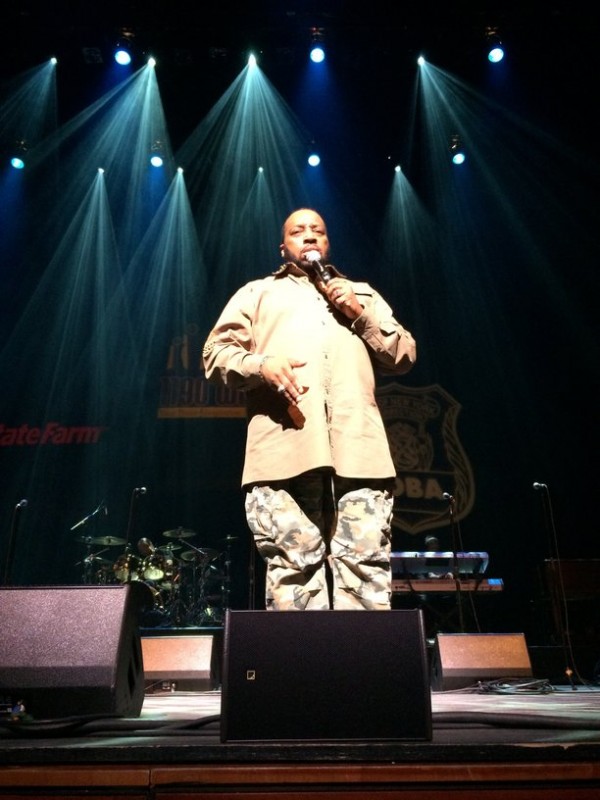 “Mr Energy,” Tye Tribbett, ran on stage with his group of amazing singers and performed a few of his classic hits like his first chart topper, “No Way”, along with songs form his new Grammy Award winning album, “Greater Than.” Before transitioning into a praise break, Tye and crew managed to sing fan favorites, “He Turned It” and “Same God.”

WATCH VIDEO HERE: Tye Tribbett performs “He Turned It” and “Same God” during the Hezekiah Wallker and Friends Concert at NJPAC

Last but definitely not least, Hezekiah Walker and the Love Fellowship Choir, hit the stage as  the crowd waited in anticipation for the 12 time Grammy nominated and two time Grammy Award winner. You know your catalog is extensive when you come out to “Souled Out”, Walker’s first ever #1 Billboard hit.  As the night drew to a close, the night would not be complete without a few more of Walker’s most popular songs like “Clean Inside,” “Faithful Is Our God” and the current #1 song at gospel radio, “Every Praise.”

Bishop Hez and LFC moves the crowd with their #1 hit “Every Praise.” Photo Credit: Hasan James

The inaugural event, Hezekiah Walker and Friends, is sure to be back next year; only bigger and better with a different set of friends. Kudos to Deon Levingston, Skip Dillard, Bishop Hez and all of the staff at WBLS and WLIB for offering a great night of praise! 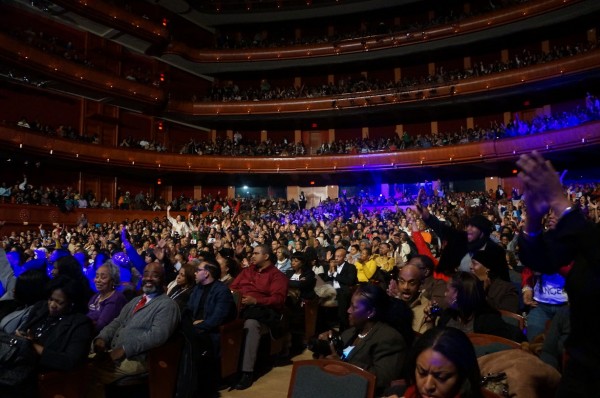