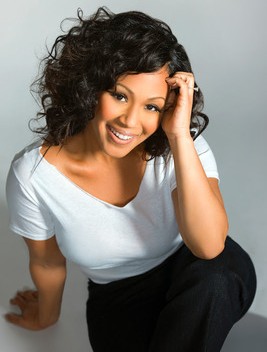 ERICA CAMPBELL
TOPS BILLBOARD GOSPEL CHART FOR 4 WEEKS IN A ROW
REMAINS SOLID ON BILLBOARD TOP 200 CHART
CAMPBELL IS SET TO HEADLINE THE SUMMER McDONALDS INSPIRATION TOUR – KICKING OFF IN MAY
New York, NY (April 25, 2014) —  Erica Campbell remains strong at the top of Billboard’s Top Gospel chart this week. Her debut solo album, HELP, released last month has been the Number 1 album for 4 consecutive weeks. Additionally, both singles: title track “Help,” and Grammy nominated “A Little More Jesus” appear in the Top 10 on the digital sales chart.  “Help” has remained a top 10 single for 5 weeks peaking at number 6.
Erica has a full summer planned including an upcoming performance on BET’s Sunday Best and high profile appearances at the Essence Music Festival and New Orleans Jazz Festival.
She’ll also headline the 2014 McDonald’s Inspiration Celebration Gospel Tour which kicks off next month.  Back for its eighth year, the free summer concert series sets out May 10 and runs through July 25 to deliver messages of hope and inspiration to communities nationwide. For more information about the ICGT log onto: www.365Black.com.
Erica is also enjoying success with the third season of the WE tv hit “Mary Mary.” “Mary Mary” has been garnering their highest ratings ever. Considered the most personal season ever, the show chronicled Erica and sister Tina’s lives through an extremely difficult year.   The season finale is May 15th on WE tv at 9pm / 8pm.