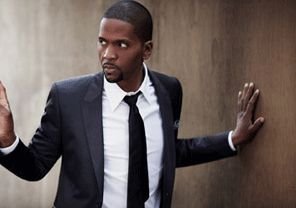 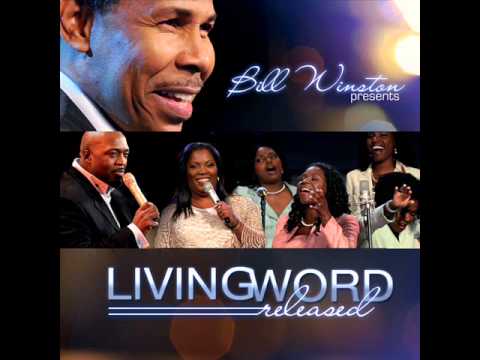 Root Mag: Alright Donald, so I love Pastor Bill Winston’s project and of course it has the Donald Lawrence style all over it.

Donald Lawrence: Thanks man, I actually really didn’t produce it; the people at the church produced it. I just gave them some advice, but they really get way more credit than I do. Ed Tucker really did the lion’s share of the work with the arrangements and the rehearsals.

Root Mag: What was your actual role in the project?

Donald Lawrence: I was more like an executive on the project, not necessarily a hands-on producer. I definitely helped out and worked with the choir, but I didn’t work with them by myself. I worked with Dr. Morgan, Pastor Meely and also Walt Whitman from the Chicago of Soul Church, and he is a member of Living Word as well. It really was a collaborative effort.

Root Mag: Did you write any of the songs?

Donald Lawrence: I wrote two songs. I wrote the newest single “Released” and I wrote a song called “Give” that’s also on the CD.

Root Mag: You’ve been a part of Living Word for a while now. How has meeting Pastor Bill Winston changed your life?

Donald Lawrence: He changed my life tremendously for the simple reason that I found a pastor that kind of teaches like I think and write. I don’t know that I had that before, so it really, really brought it out; and it made me understand some of the things I had written in the past that were probably a little too old for me; they were revelation songs, but the revelation in me hadn’t caught up and matured enough to understand them like I understand them now.  He just spoke a language that really ignited my mind. I’m kind of a thinker anyway so he challenged me in a lot of areas.

Root Mag: Nice, now if there’s one message that this CD would bring forth, what do you think it would be?

Donald Lawrence: The message in it is that we are in a season of grace; a season of release, and the type of release that they’re speaking of is a supernatural release of letting go of things that’s held you down. It is also a release of things that God has promised you that are now being released to you. He particularly speaks about how the blessing of the Lord maketh one rich, which really means that you get blessings without any work or struggle; it encompasses all of that. I really feel that it’s grace for the church and grace for the kingdom, and when I say church, I mean the body itself; the kingdom people who have definitely place kingdom matters at the top of their list. God acknowledges that and blesses us for it.

Root Mag: Over the past decade we’ve been hearing messages and different songs on prosperity and you mentioned grace; however, as of late, it’s almost like we’ve come under fire for those types of messages. Do you think that’s a fair assessment for other Christian groups that say that?

Donald Lawrence:  If that’s what they want to believe; I would rather hear a song that tells me what I can be and what I’m going to be than a song that keeps me locked in a place. I would rather hear a song that inspires me with something to hope for rather than to have a song that just saying this is it, accept it. I don’t do that; the bible pushes us, it doesn’t keep us in one place. I understand why people think that, but prosperity is so much more than money. You can have a lot of money but that does not mean you’re prosperous.  I think happiness, health, wealth and peace of mind is prosperity. I think that when people hear the word prosperity, they immediately think of cars, homes, furs and jewelry. They don’t think about just a great peace; just everyday when you wake up you’re just happy to be alive; you can just go somewhere and look out the window and drink a nice cup of coffee and just be good. I think that the problem with always putting the word prosperity with dollars and cents, and I think once you kind of fix your mind on that then you wont be so thrown off by the word prosperity.

Root Mag: Yeah, it’s so much deeper than that.

Donald Lawrence: I don’t understand how anybody can speak against prosperity when the bible speaks about us being prosperous. It’s always so funny to me that you can say somebody can have a negative comment about prosperity preacher, that to me is just the same as somebody having a problem with a praying preacher. It doesn’t make any sense to me but I understand where we live and it’s just is what it is. As African American people especially, we have a problem with obtaining wealth because we never had it. We were trained in our minds that we weren’t supposed to have it so it’s a lot of reprogramming that we have to do as a people. We are children of the kingdom, all of us are entitled to the same things; no lesser or no greater, they’re all equal.

Root Mag: What do you think about up-and-coming acts like Anita Wilson, who comes out of your camp and Jonathon McReynolds, who’s sweeping the nation with his ministry?

Donald Lawrence: Of course, Anita Wilson is from my group of singers The Company, so I’m very proud of her. It’s kind of like a spin-off from something that we’ve done; I didn’t know she was paying attention like that. It’s so amazing that you can be with somebody for a minute and then all of a sudden a whole side you didn’t know existed shows up! Anita is great at what she does.

I don’t know Jonathan McReynolds personally, but I absolutely love his music. I taught at Columbus College and right as I was taking a break to do the Verizon tour, he was doing a lot around the college campus. A lot of kids on campus asked me if I heard about him. I have his record; it’s an awesome record.  I think lyrically, it’s from his approach, from his mindset and from his verbiage of life. I am really happy to see writers like that come out and write with a lot of depth and revelation and at the same time it’s in their language.

Root Mag: What other projects are you working on?

Donald Lawrence: Well, I just finished up Bishop Paul Morton’s record along with his son P.J. and that is a great record that should be released soon. I’m also in the middle of working on Bishop Hezekiah Walker’s upcoming release and right after the top of the year, I go into production on an album commemorating my twenty years in the business. Everybody that I wrote songs for over the past twenty years, a lot of them will be coming back to do those songs along with some new songs.  I’m going to do a Volume 1 and 2. I got the Clark Sisters, The Murills, Faith Evans, Lalah Hathaway and so many more. You can look for that next summer.

Root Mag: Is that going to be recorded LIVE?

Donald Lawrence: It’s going to be a LIVE CD/DVD.

Root Mag: Nice, and what label is that going to be on? Are you still with Verity Records?

Root Mag: It seems like that’s the way to go now.

Donald Lawrence: Oh yeah, it was something I planned on doing for quite some time.

Root Mag: Well thank you man, it’s always good talking to you. You already know that you’re a personal mentor of mine.

Donald Lawrence: Oh thank you my friend, I appreciate that so much.