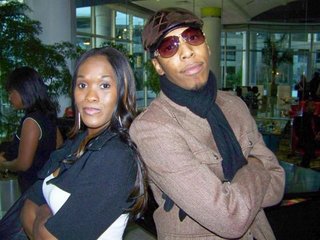 Last month I hosted an Urban Soul Cafe event with Damita Haddon and although there have been rumors circulating over the past several months that her and Deitrick were divorced, it was not confirmed until now.

For over 15 years, The Haddon’s were inseparable, singing on one another’s projects and starring in movies together.  But the singer has announced just this week via Twitter that he and his wife are no longer together. In fact, he tweeted on his page on Aug. 13, that he and Damita have been separated or over a year now; which he states is old news for them but new news for the public. He also explained they are very private people so no one knew until now.

On his Twitter page, he seems to blame himself for the breakdown of his marriage, if not both of them:

“If I was that powerful of a man of God, I would still be married to Damita. I’m learning to have balance. You can win and lose at the same time.”

“It is possible to work so hard and be so driven that you lose everything!! I pray that in future I find the balance of ministry and family.”

“I don’t believe in sharing my personal but I think it’s important for people to know that in your pursuit of ministry don’t lose family.”

We are praying for both Deitrick and Damita, as they both continue to do God’s work. What are your thoughts on their divorce?