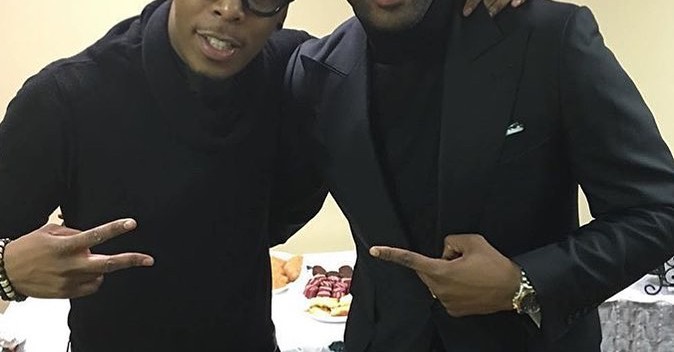 Last week a picture of Deitrick Haddon and Isaac Carree appeared on both of their Instagram accounts, proving that the power of forgiveness is real. Deitrick’s caption simply read: “Caught up with @ikenice in the chi!! We got history!! If you remember, back in January of 2013, Deitrick posted a public letter on his Facebook page acusing Isaac of having an affair with his ex-wife Damita while the couple was still married.

Deitrick Haddon Accuses Isaac Carree of Breaking Up His Marriage

Deitrick Haddon and Isaac Carree caught up in Chicago at Fellowship Chicago’s Christmas Concert that the two were performing at.

Many news outlets talked about the alleged affair, even some mainstream, but the reunion picture hasn’t been mentioned. I wonder why?

Anyway, I thought it was pretty cool that the two put the past behind them and forgave one another. Isn’t that what the bible speaks of in Mark 11:25?