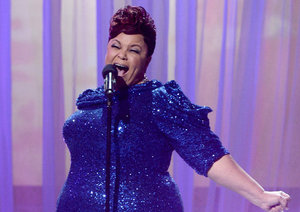 On Friday, March 15, 2013. BET presented their 3rd Annual Prayer Breakfast, hosted by Actor & TV Host & Recording Artist, Fontzworth Bentley. The theme of the entire weekend was “The Awakening” and at 8:00 AM in the morning, we definitely needed to be awakened, and awakened we were- by the sounds of RCA Inspiration recording artist Deon Kipping, singing group and MBK recording artists, Livre, comedian Nikita B and an anointed message from Columbia Pictures VP of Production and minister, DeVon Franklin. 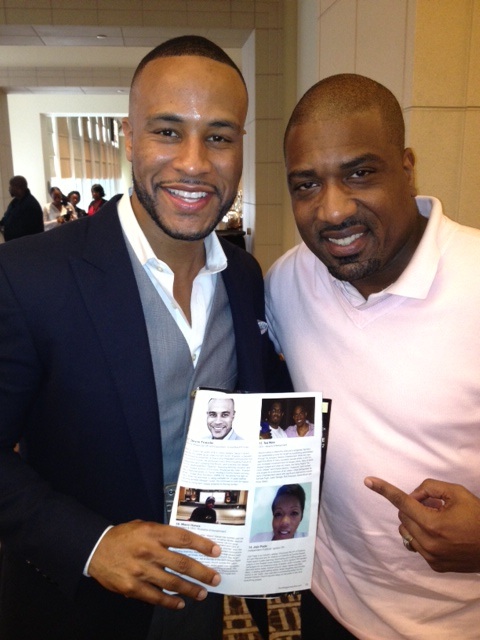 Deon Kipping and Livre collaborated on a song from Kipping’s critically acclaimed album, “I Just Want to Hear You”, while Nikita B had the crowd in stitches with her brand of real life/christian comedy that the whole room could relate to. Franklin, who is newly married to actress Meagan Good, brought forth the word like a seasoned preacher far beyond his years. He did not hoop and holler like what most of us are used to on a Sunday morning, however, he delivered an appropriate message for a room full of industry executives, artists, media personalities and gospel music taste-makers. “How could we testify of the gospel when we’re not living it?”, proclaimed Franklin as he wasted no time warming up. He did not preach from the bible, but settled on paraphrasing Matthew 25, when Jesus talked about various talents. “God is not subject to a hit record or a movie but he is more concerned about us being used by him”, Franklin went on to say. The whole room stood in applause of the man who was named one of Root Magazine’s Top 20 Power Players of 2012. DeVon franklin is indeed an anointed man of God. 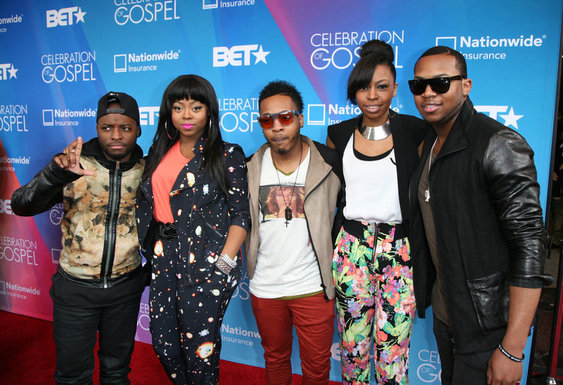 The following day, The Orpheum Theater was the backdrop for the 13th Annual Celebration of Gospel hosted by the one and only Steve Harvey. However, before the show began, the red carpet was full of  energy, high fashion and news! We caught up with performers of the show as well as fellow artists who just came to enjoy the show. R&B Divas L.A. cast members, Lil Mo & Kelly Price were both on deck to hear some good gospel music. “The last time I was here was during the tribute to Whitney Houston, so today I am just looking for somebody to church me”!, said a jovial Kelly Price. The legendary Karen Clark- Sheard was at Celebration of Gospel to collaborate with her daughter, Kierra and to promote her family’s new docu-series entitled, “The Sheard’s”, debuting on BET on April 7th, immediately following Celebration of Gospel. 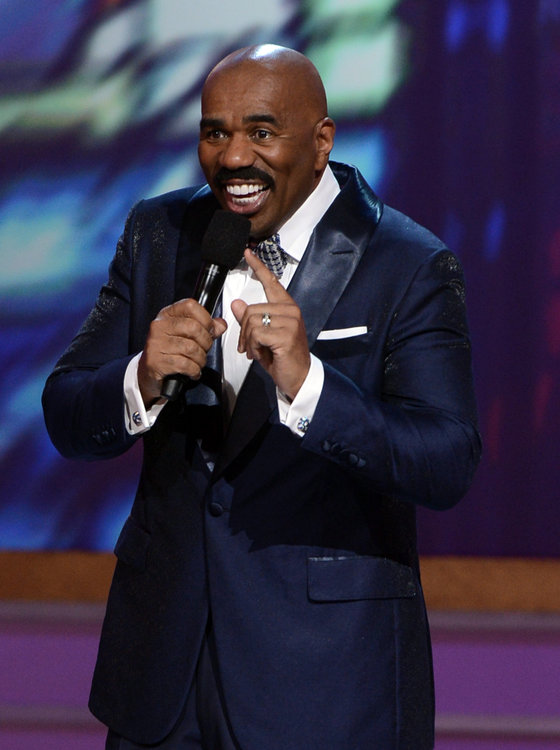 The show opened up with an incredible performance by Tye Tribbett, performing his latest single on EMI Gospel entitled “Same God.” In pure Tye Tribbett fashion, the performance was energetic, powerful and anointed, and was a great segue into the rest of the night. King of Comedy, Steve Harvey, proved exactly why he has been asked back 13 times to host the show, as he was ridiculously funny from beginning to end. 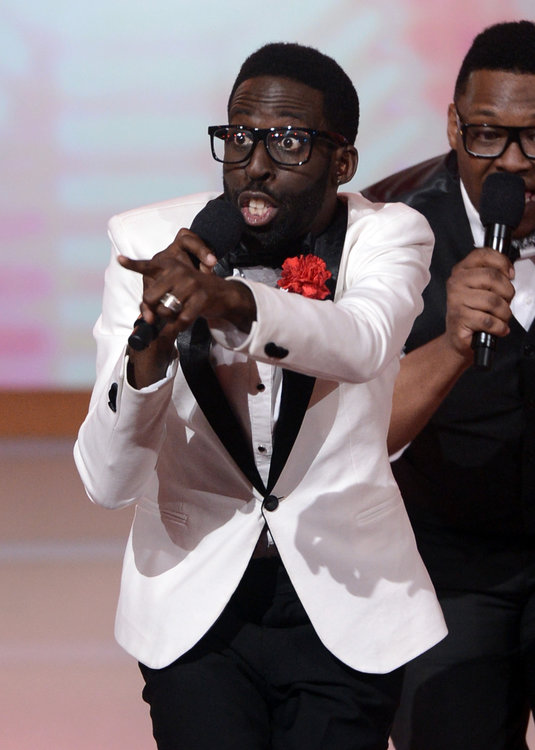 Anthony Brown and Group Therapy made their television debut on Celebration of Gospel and believe me their performance will be one for the books, as the group took their Top 10 Billboard hit, “Testimony” to another dimension, complete with a drama sequence, vintage outfits and dynamic singing, while their label head, VaShawn Mitchell, and the rest of their peers looking on in amazement.

New Kids On The Block: Anthony Brown & Group TherAPy had the most creative performance of the evening

The Celebration of Gospel brand is known for their creative collaborations, and this year was no different, as the fusion of Le’Andria Johnson & Tyrese on the Donnie Hathaway classic “A Song For You” was so eloquently turned into a song for the most high. Initially, the chemistry between the two was hard to read, but once Le’Andria got her rhythm, it was over! As Steve Harvey stated, “I don’t know who that girl is, but she can straight sang!” 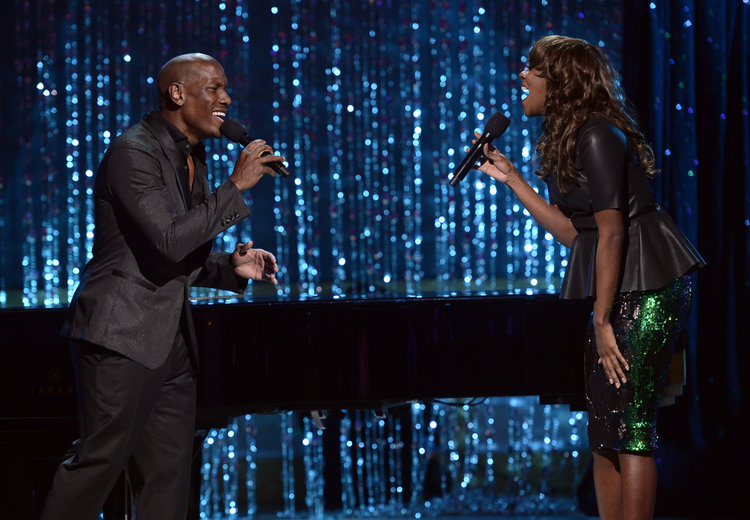 Reality star and R&B singer Tamar Braxton may have a Number One single on iTunes, however, her Celebration of Gospel debut was anything but. Don’t get me wrong, Tamar can sing, however when you give her a classic song like Walter Hawkins’ “Be Grateful” to sing in front of gospel music pioneers, you will get a mediocre performance at best. Tamar did the best she could, but her nerves definitely got the best of her and the song was simply too big for her. 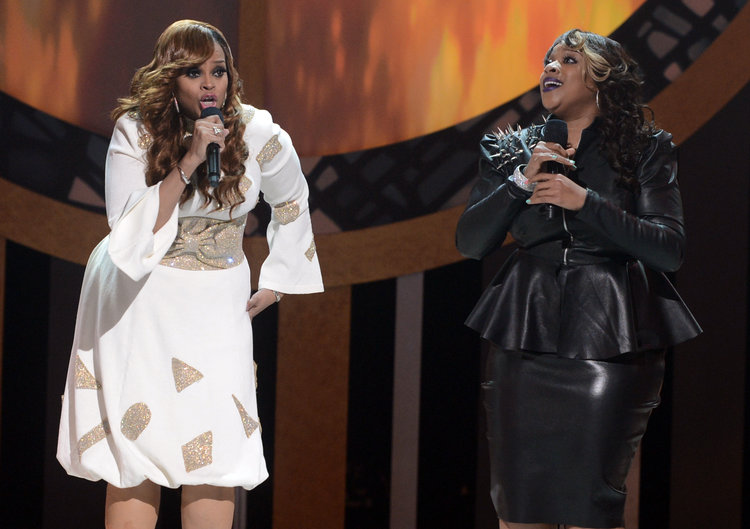 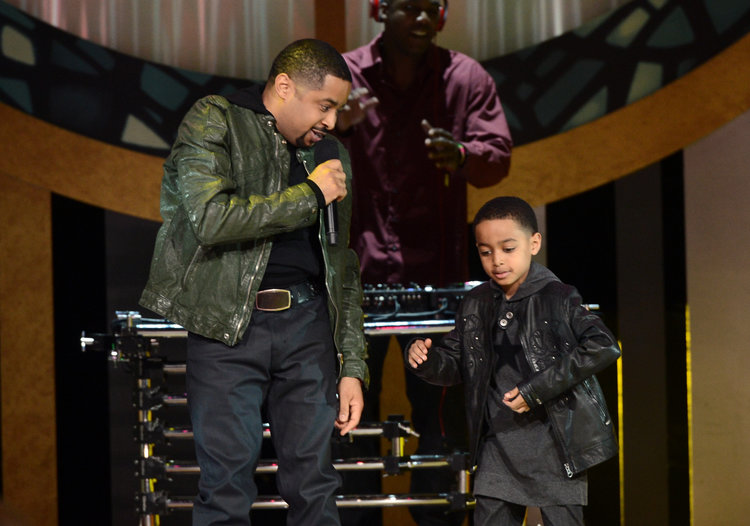 Mr. “I Need You Now”, Smokie Norful and son Ashton deliver the most surprising performance in Celebration of Gospel history

One of the best performances of the night came from two women who simply have music running through their veins, Kierra Sheard and her mother, Karen Clark- Sheard. Kierra started her set with “You Are” from her #1 album, “Free”, as the set ended with her legendary mother singing the Clark Sisters classic, “Hallelujah”, that took the audience into a complete frenzy! Speaking of frenzy, all I have to say is, when you see Smokie Norful’s performance, you will be pleasantly surprised. For this performance, Norful traded in his piano and ballad for break-dancing and an infectious uptempo song that will you will be ringing in your ear the next day. By the way, Norful’s son Ashton steals the show!

SURPRISE! Donnie McClurkin and Anita Baker collaborate on the 1987 classic, “Aint No Need To Worry”, Baker made famous with The Winans

Additional collaborations from Israel Houghton, Jason Nelson and Jonathan Butler all playing acoustic guitars; performing Houghton’s current single, “It’s Not Over” and the “Awesome” Remix featuring Pastor Charles Jenkins, Jessica Reedy, Isaac Carree, DA TRUTH and Canton Jones was definitely a treat. However, one of the most notable and surprising collaborations of the evening came when Donnie McClurkin sang The Winans hit, “Aint No Need To Worry” and midway through the song, the curtain opened and eight time GRAMMY winner, Anita Baker, strutted from behind it in her oh so familiar black ensemble. It took a minute before the audience even recognized who she was, considering she traded in her signature short hair cut for a longer hair style. Ms. Baker looked and sounded as good as she did when she recorded the song with The Winans some 26 years ago. 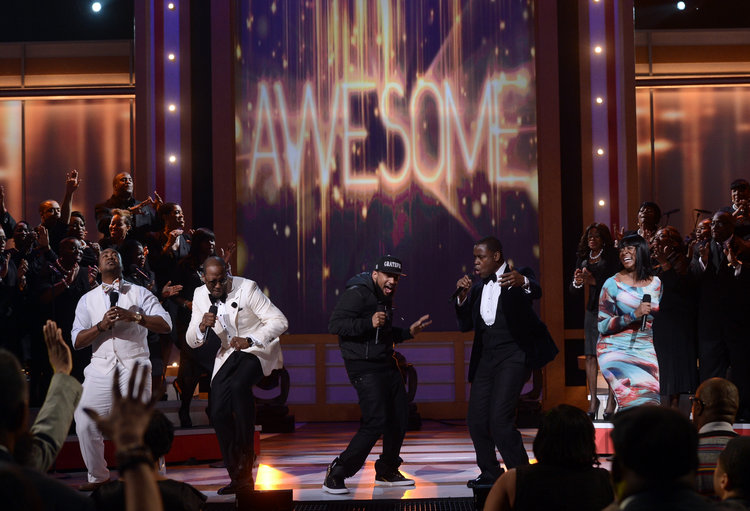 Dr. Bobby Jones and Kurt Carr introduced a fitting tribute to “The King of Gospel”, Rev. James Cleveland. With five GRAMMY awards, 400 songs, 100 recordings and 16 Gold albums, it was only right that the Celebration of Gospel pay tribute to such a pioneer in gospel music. Cleveland protege, Kurt Carr got a little help form The Kurt Carr Singers, The James Cleveland Singers, Sunday Best winner- Joshua Rogers, Donnie McClurkin, Rance Allen and Dr. Bobby Jones on timeless songs like: “Lord, Help Me To Hold Out, “Peace Be Still”, “Lord Do It” and others. 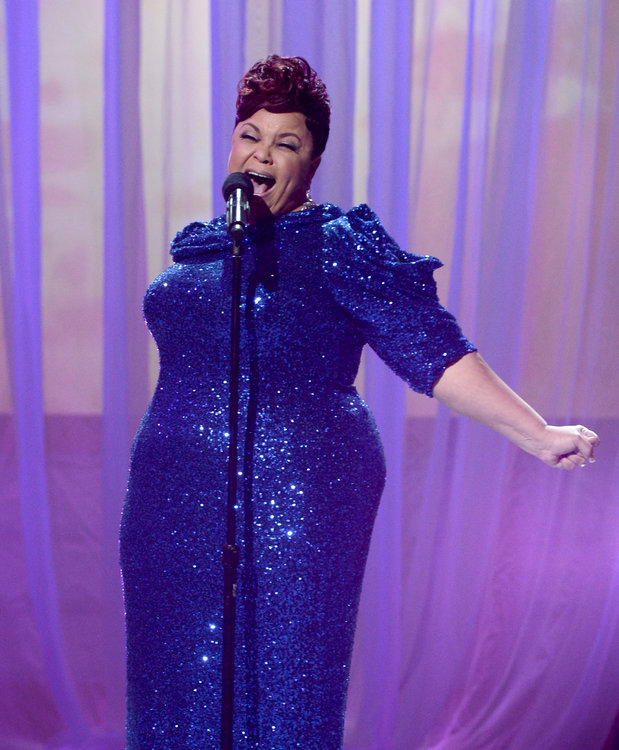 Tamela Mann brought host Steve Harvey to tears with her #1 hit single, “Take Me To The King”.

The highlight of the evening however, came when a noticeably nervous, Tamela Mann, hit the stage in a beautiful royal blue sequined gown. Once the words “Truth is I’m tired”, left her lips, all nervousness had gone away, as the singer/actress made her Celebration of Gospel debut singing the Kirk Franklin penned, “Take Me To The King.” By the time she finished the song, the Orpheum Theater was in complete worship mode and Steve Harvey remained silent for what seemed like an eternity, as he understood how special that moment really was.

Two time Academy Award nominee, Viola Davis, presented a spoken word piece, with additional performances by C.O.G. alums Yolanda Adams, Pastor Shirley Caesar and Dorinda Clark- Cole, who closed out the show with a show stopping performance, the 13th Annual Celebration of Gospel is sure to be one of the most talked about shows of the season.