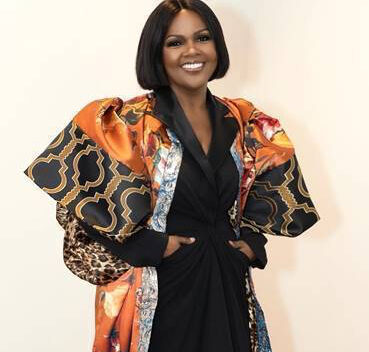 (Los Angeles, CA) – CeCe Winans is simply unstoppable. Her voice seems to get more powerful over time and fans can’t get enough of the chart-topping live recording, Believe For It.

“To God be the glory! This is amazing. Thank you to everyone who played and sang on this album. All the songs are just amazing. I am so humbled to win three more Grammys”, says Winans.

Believe For It started as a long-awaited live recording and evolved into a musical gift that keeps on giving, transitioning from a stage to the studio, giving fans the best of both worlds. To create the deluxe edition, songs from the album were beautifully reproduced and arranged to present fresh studio-versions that are now available in the digital streaming format.

The new melodious single, “I’ve Got Joy” (Fair Trade Services/Pure Spring Gospel, Inc.) written by Phil Wickham and Kyle Lee, premiered on Entertainment Tonight and released to Christian radio on April 1; with a plan to go for adds on May 13. The 18 track deluxe edition features three new songs; the studio versions of “No Greater”, “I Have A Savior” and “I’ve Got Joy.”

Although Winans is still trending on Billboard charts with fan favorite, “Believe For It”, the next track in line, “Goodness of God” is already waiting in the wings to be released as the third single headed to gospel radio.  Before “Goodness of God” makes its’ official debut at radio it has found a virtual home at the popular social networking service TikTok;  garnering over 100 million views of CeCe’s version, the largest single video, see here. Overall, there’s 7 million plus On-Demand US audio streams and more than 125 million video views combining YouTube, Facebook, Instagram & TikTok.

The 15 time Grammy winner will be teaming up with brother BeBe, once again, for a special VERZUZ TV performance on Easter Sunday, April 17. The sibling musical battle will feature

Mary Mary vs. BeBe & CeCe Winans for a night of celebration and appreciation of dynamic contemporary gospel music.

Winans is also set to host GENERATIONS LIVE, a women’s conference on May 6 and 7, in Nashville, TN. The two-day event is sponsored by Compassion International and will be held at Bethel World Outreach. For ticket information and list of speakers check out special guests and details at www.compassionlive.com/generations.

Winans has more irons in the fire and forthcoming announcements to keep this album moving forward and her loyal supporters excited about believing for the impossible.