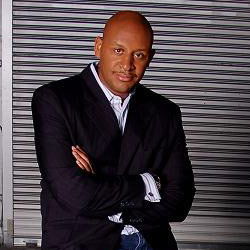 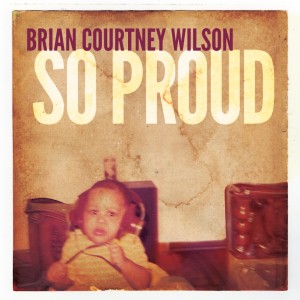 The CD cover of So Proud, the highly-anticipated new project from gospel sensation Brian Courtney Wilson, features a picture of Wilson as a baby wearing headphones. For Wilson, that serves as a reminder of both the theme of his album and the driving force of his career. “Before my mom and dad knew I was going to be a singer, God had given them a promise to nurture into the person that I am today,” he says. “We are all given some promise, some vision for our future that we have to nurture, endure hard times for, and always believe in.” Wilson has nurtured his promise into a remarkable career in music ministry. Since the release of his debut CD, Just Love, Wilson has been touted as one of gospel music’s contemporary break-through artists of 2010 and 2011. “So Proud will be another breakthrough project for Brian and Music World Gospel,” says Mathew Knowles, founder, President and CEO of Music World Entertainment. “Brian’s devoted followers will be very pleased and he’s sure to capture new supporters with this project.”

This week, Wilson’s current single, “So Proud” moves to #20 on Billboard’s Hot Gospel Songs chart with +130 spins, and #18 on the Gospel Indicator chart. “So Proud” had two new radio adds at WUFO- AM (Buffalo, NY) and WGRB-AM (Chicago, IL). The single is now available on over 150 digital and streaming outlets.Wilson believes God gave him “So Proud” when he was feeling especially discouraged and needed to remember the way to go. He knew then that the song would anchor his next project, and his goal for the rest of the album was to assemble a group of songs that would convey what it means to live in God’s promise. Wilson wrote or collaborated on most of the songs, and served as co-producer for all of the tracks on the CD. “It’s important to me that people see this as a body of work,” says Wilson. “We’re really trying to tell a story about believing in the promise, pressing through to realize the promise and protecting the promise. I am praying that the songs on the album will encourage the world the way they have encouraged me.” So Proud features 12 new songs. The album is produced by Stan Jones and co-produced by Brian Courtney Wilson with additional song producer’s credit by Aaron Lindsey and P.J. Morton.

Wilson’s new single, “He Still Cares,” which will impact gospel radio on January 23, was written by Stan Jones, who considers this song an extension of “All I Need,” the mega hit that he penned for Wilson’s first album. The message is that even when you’ve had a touch from the Master, you still may go through trials and tribulation. But you must believe that God still cares for you, and He will give you what you need, when you need it, to make it through.

Wilson kicked off his promotional tour in Dallas, Texas on Sunday, January 8, at two churches: Word of Truth Family Church (Eben and Sara Conner, Senior Pastors) and Mt. Hebron Missionary Baptist Church (Leonard O. Leach, Senior Pastor). In addition, Wilson ministered in song for the 50th Birthday Celebration of Dr. Renee Hornbuckle, Senior Pastor of Agape Christian Fellowship. The promo tour continues and will include visits in Little Rock, AR and Memphis, TN (Wednesday, January 11). Wilson will be in Nashville to attend the various Stellar Awards Weekend activities. On Friday, January 13, he will attend the BMI 13th Annual Trailblazers of Gospel Music Awards Luncheon, as well as other pre-concert events that evening. On Saturday, January 14, Wilson will resume the promo tour in St. Louis, MO for an event with the American Heart Association. He heads back to Nashville, TN on Sunday, January 15, to perform, along with DeWayne Woods, Myron Butler, Lowell Pye and others, at the Post Stellar Awards Concert at the Crystal Fountain Church. The weekend activities will be followed by dates in Chattanooga, TN and Huntsville, AL (Monday, January 16); Montgomery, AL and Columbus, GA (Tuesday, January 17); Atlanta, GA (Wednesday, January 18); and Phoenix, AZ (Thursday, January 19). On Friday, January 20, Wilson will open for Marvin Sapp in concert at the Arena Theatre in Houston, TX and will remain in Houston through Wednesday, February 1 for various promotional activities. Wilson will continue his promo tour in Lake Charles, LA and Lafayette, LA (Thursday, February 2,); followed by Baton Rouge (Friday, February 3); New Orleans, LA (Saturday, February 4 and Sunday, February 5); Houston, TX (Tuesday, February 7); and Beaumont, TX (Wednesday, February 8).