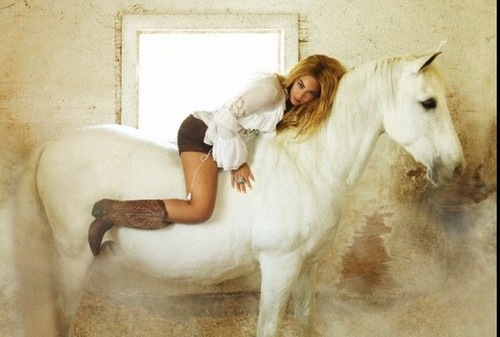 Word has it that pop superstar, Beyoncé, will be opening the CMA’s tonight alongside The Dixie Chicks, and this has ruffled the feathers of a many country music enthusiasts. It’s funny how she is opening the show with the Dixie Chicks, considering the group caused quite a stir over a decade ago when they publicized their disdain for then president, George W. Bush.

You already know some country music fans are in an uproar over Queen Bae’s addition to the show.

See some of the mean tweets below:

Disgusted to see the @CountryMusic‘s have added the police hating @Beyonce as a performer tonight! Country music has more respect than that

@GMA @Beyonce @CountryMusic WHY???? Just why?????? She’s not even remotely close to country

Can’t wait to see the performance tonight. Before this announcement I had not planned on watching and I am sure there are any more like me. I am sure the ratings will go through the roof! We shall see….