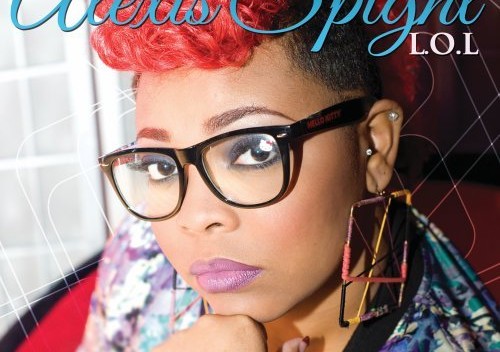 ALEXIS SPIGHT SHOOTS BACK UP THE BILLBOARD CHARTS AT NUMBER 2
11 WEEKS AFTER HER ALBUM L.O.L DEBUTED
SPIGHT IS PREPPING TO OPEN FOR R&B SINGER FANTASIA AT THE 3RD ANNUAL UPSTATE BLACK EXPO – SATURDAY JUNE 15TH IN GREENVILLE, SC

(New York, NY – June 6th, 2013) – Gospel music singer Alexis Spight has skyrocketed back up the charts claiming her highest chart position yet at #2 on the Billboard Gospel Charts. The former BET Sunday Best finalist, known for her fiery red hair and dynamic vocals, has been hitting the pavement creating a buzz that is impossible to ignore. Spight’s album, L.O.L. has captured fans across genres since its release back in March 2013. The album has enjoyed multiple weeks in the Billboard top 5 and shows no sign of slowing down.
In response to the news of L.O.L. landing in the #2 spot, Spight shares, “words are weightless right now, I am completely in awe of God! He always knows what’s best even when we can’t trace his tactics.” Spight, who has been performing across the country, has also launched an initiative near and dear to her heart – a girls mentoring group called, God Sisters which she meets with weekly, online. The 20-year-old singer is well beyond her years when it comes to her vision and work ethic, and yet still vibrant and youthful in a way that excites both her peers and her industry colleagues about what’s ahead. Spight’s manager, Greg “Uncle G” Lyons, was happy with the news of L.O.L. coming in at #2 this week, but not surprised, “Alexis has been working hard for a long time and her hard work and grind is paying off. I just want to thank all of her supporters and radio for staying on this journey with us. This is just the beginning.”
Spight will join Dr. Bobby Jones, Fantasia, actor Lance Gross, Celebrity Chef Daniel Thomas, OWN Network’s Paul Carrick Bryson, Max Siegel of Nascar (formally of Verity Records) and countless others at the 3rd Annual Upstate Black Expo in Greenville, SC. All takes place on Saturday, June 15th – Spight will perform just ahead of R&B singer, Fantasia.  For more info visit www.blackexposouth.com. Pick up your copy of L.O.L today, in stores and online everywhere.