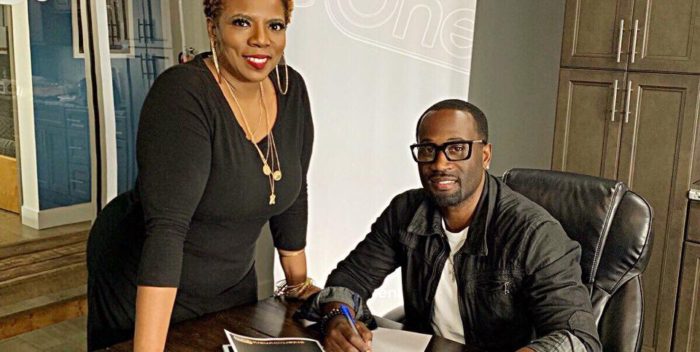 Upon the signing of Q Parker’s recording contract, he stated, “I am extremely excited for this new venture with eOne Nashville and label VP/GM Gina Miller. This team has unmatched synergy with my team. They understand the Q Parker brand and musical direction with intentional purpose! I look forward to sharing new music soon with my fans!”

“We are proud that we have created a space and home for artists or writers that create great music that consumers would want, would identify with and would appreciate in a significant way. In this case, Q Parker is an exceptional writer an extraordinary artist. “The Bridge Project” reflects Q’s creativity, heart and reach. I am honored that we will be a part of a project that will unite and uplift, as well as inspire and impact culture.” says Gina Miller, VP/GM Entertainment One Nashville.

For more information on Q Parker follow him on all his social media channels using the handles: @QParker112 – @TheRealQParker – @officialbridgeproject

Entertainment One Ltd. (LSE:ETO) is a global independent studio that specializes in the development, acquisition, production, financing, distribution and sales of entertainment content. The Company’s diversified expertise spans across film, television and music production and sales; family programming, merchandising and licensing; digital content; and live entertainment. Through its global reach and expansive scale, powered by deep local market knowledge, the Company delivers the best content to the world.

Jovita Sheppard Is Back with New Music